When scholars Bill Deverell and Anne Hyde first started working on Shaped by the West, they said it was mostly because they wanted to have a reason to work together and “have lunch on someone else’s ticket.” But over the years, and with much work and revision, these two good friends produced an indispensable two-volume series that helps students and scholars better understand our national history through the specific and rich stories of the West.

As part of our 2020 Western History Association conference blog series, Deverell and Hyde joined us for a conversation about their work on this project, how the field of western history has changed over the years, and their vision for the future.

Your recent two-volume collection, Shaped by the West, aims to rewrite the history of the United States through the lens of America’s west. In other words, it ties a regional history to a broad U.S. history. What motivated you to take this approach and what does this perspective allow us to see that other histories do not?

We originally thought about this set of materials as a more local way for students to see their own experiences in a national story. That would make U.S. history more relevant to them. But as we pulled this together, we saw that if you start U.S. History in a different place and have a bigger range of stories and actors, you end up with a different story. We thought that was an exciting way to rethink the U.S. survey, but that pitch failed in 1998. No one wanted a reader that colored outside the national lines in that western direction or within only western settings.

Now much to our surprise, seeing a bigger and meaner colonial past seems to not only be a way to think about a region, but also to see how much that region with its distinctive perspectives shaped a nation. This is how we teach courses on the West and how we consider national or more broadly comparative courses. Having a set of examples that students can dig into and see the complexity of perspectives is central to introducing students to the power and necessity of interpreting the past.

This year has been a challenging one – with a global pandemic, widespread protests against racial injustice, and a growing public awareness about the many systemic inequities in American society. What does a Western lens reveal about these national issues in the contemporary moment? How will Shaped by the West help students better understand the current times?

The West has deep fault lines and a powerfully racist past. Many people think of the South as being the home of slavery, but the West has offered up a stunning and larger range of unfree labor lasting into the present. Enslaved Black people mined for gold in California and Indigenous slaves toiled in mines all over Latin America. Indigenous people fought to protect land and sovereignty, again a fight that still rages on. Terrible things that happened in the past live on in unexpected ways today. You never “just move on” if those things happened to you, your people, your ancestors.

A particularly western story, that turns out to refract into national histories and policies, are the unintended consequences of big federal projects. Taking indigenous land and turning it into federal land, building dams, highways, grazing areas, and oil fields on that land means that the west presages what happens other places. Who gets rich, who is left behind, and why remain important questions that students and their teachers should consider.

You mention how this edition of Shaped by the West has been revised to reflect how much the field of western history has changed in this century. How have your own understandings of “the West” changed over the years and how do you envision the future of the field?

Since we emerged from graduate training, the history of the West is more integrated into the national story in some ways, in terms of seeing the costs of conquest or the human price or consequences of maintaining borders. How migrants remake home in new ways is an old western story. Indigenous histories have always been part of the Western narrative but are more insistently in the western present now. And Indigenous scholars from this region (and beyond) have helped the rest of the nation rediscover, remember, and re-remember its Indigenous past.   That’s happening more slowly than it should, in our opinion, but it is exciting to see how the history of the West is playing a role here nonetheless.

We really did this project because we are friends and because we wanted to work on something together, both in 1997 and again in 2018. We met early in our graduate careers at the Bancroft Library and had similar research interests.  A decade later, after getting jobs and teaching a lot of U.S. history in a lot of places, we worked on the first version of this text.  Mostly we wanted to have a reason to meet and have lunch on someone else’s ticket.

Now 30 years later, it was both fun and painful to revise this. Deceptively intricate and hard to revise, this project took us much longer than we ever imagined (both times).  We wanted, as anyone does when working on a book, to do it right and to have it make some kind of difference.  Peer reviewers who took us to task made us realize that parts of our vision were dated, even occasionally wrong.  What drove us was both the intellectual fun of it all and the shared desire to allow students all over the place to see their own particular experiences around migration, wealth or poverty, sexuality and gender, race or national origin reflected in the stories told of the West across many centuries.  You often hear that scholars who work on big synthetic projects say that the process made them better historians, and we think the same. 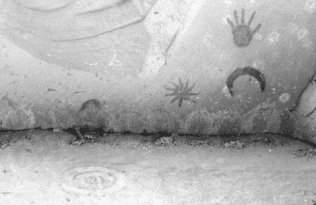 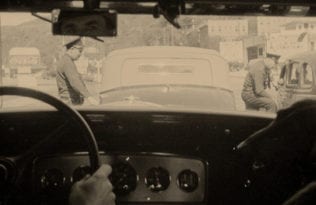