For this year’s virtual MESA conference, UC Press author Nicola Pratt joined us to talk about her book Embodying Geopolitics: Generations of Women’s Activism in Egypt, Jordon, and Lebanon and what the West gets wrong about women’s activism in the Middle East.

Nicola Pratt is Associate Professor of International Politics of the Middle East at the University of Warwick. She is also the coauthor of What Kind of Liberation? Women and the Occupation of Iraq and author of Democracy and Authoritarianism in the Arab World.

Can you tell us about your research interests and areas of expertise?

My research and teaching interests are located at the intersections of the politics of the Middle East and feminist international relations (IR) theory. I seek to straddle Middle East area studies and the discipline of IR. I am particularly interested in the ways in which everyday people are shaped by and also influence national and international politics as well as the ways in which the legacies of colonialism continue to shape the region. My research is also informed by my activism in the international peace/anti-war movement.

Over the years, I have conducted fieldwork in Egypt, Jordan, Lebanon, Iraq, and Palestine, researching NGOs, human rights, authoritarianism, violence and conflict, women’s activism and, most recently, popular culture. I try to use my research findings from the Middle East to contribute to debates in other fields. For example, another strand of my research critically examines the ‘Women, Peace and Security’ agenda, based on UN Security Council 1325, which has come to frame Western interventions in conflict-affected countries since 2000.

What made you write Embodying Geopolitics?

I became frustrated with how Western media, policy makers, NGOs, and think tanks discussed women’s involvement in the popular uprisings and mass protests that erupted across the Arab world from 2010 (often referred to as the “Arab Spring” in Western commentaries). There was a tendency to view women’s participation in protests as new and extraordinary, ignoring a long history of women’s activism.

Moreover, many assessments of the outcomes of the uprisings turned on the question of whether the uprisings were ‘good’ or not for women. Increasingly, there came to be an emphasis on how women’s rights were under threat by newly empowered Islamist political actors – as though women had enjoyed equal rights under the previous nominally-secular authoritarian regimes. Such attitudes reflected deep-rooted Western frameworks for understanding the Middle East, which consider women’s agency and women’s rights within so-called Arab-Muslim culture as an exception.

How do you anticipate your work will influence the scholarship in your field?

The book tries to span various academic fields, reflecting my own interdisciplinary background and I anticipate that scholars in different fields will be interested in different aspects of the book. For example, scholars of Middle East women’s studies will not be surprised by the extent of women’s activism. However, I hope that my book will contribute to rethinking how we theorize women’s activism in relation to hegemonic power. Meanwhile, I expect that scholars in the field of feminist IR will appreciate how the book understands the legacies of colonialism in shaping the relationships between gender, state building, and national sovereignty. Finally, I hope that colleagues in the field of Middle East politics and IR will be inspired to incorporate gender into their scholarship and to broaden their methodologies to include women’s personal narratives.

Watch: Why is the U.S. Always at War?
#WHA2020: Meet with UC Press Editor Niels Hooper—Virtually 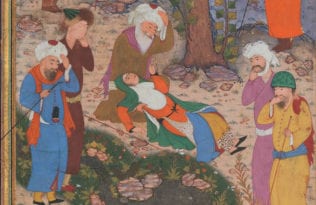