Bo Ruberg has recently joined colleagues in film and media studies and art history as an associate editor of Afterimage: The Journal of Media Arts and Cultural Criticism. Fellow associate editor, Lucas Hilderbrand, did a Q&A to welcome Bo to the team and to introduce them to readers and potential contributors.

Lucas Hilderbrand: Afterimage has a decades-long history of insightful criticism of contemporary art, experimental film and video art, and documentary, among other media. We recognize that video games are a major cultural mode that is wide ranging in its forms and practices, but games often get marginalized in conceptions of art and even of media.

Your most recent book, The Queer Games Avant-Garde: How LGBTQ Game Makers Are Reimagining the Medium of Video Games (2020) features discussions with twenty game designers who are reimagining and actually remaking what games can be. So you’re an ideal person to bring to the table to help the journal become more capacious in recognizing how games are a vibrant site to think about media arts now.

I thought I’d start out by asking: was there a particular video game that first prompted you to see games differently?

Bo Ruberg: Like a lot of game studies scholars, I’ve been a game player (the term “gamer” is complicated) for a long time. I started with Apple II games on clunky school computers and ended up playing console video games a lot through middle school and high school as a way to connect to the people I cared about. The first games I loved were also ones I had some of the strangest, most powerful experiences with. Mario 64 is still my favorite video game of all time, and I know it so well I sometimes dream in that space. I’d never played a console game before playing Mario 64, and we didn’t have a lot of access to technology at home, so the first time I picked it up I thought I’d acquired this magical power to control the television set. That moment fundamentally reoriented my relationship to media.

That’s perhaps a roundabout way of saying that I didn’t encounter any particular video game that made me think differently about the medium. To me, it’s always been clear that video games are so much more than childish, or violent, or simply “low culture.” They are rich spaces of exploration and affective investment.

LH: So games have always been world-making for you? How did you come to be a games scholar?

BR: I started writing professionally about video games back in 2005, when I was still an undergraduate student. I was in school for creative writing, and I was paying my own way through, so I was looking for a way to make money. At that time, there weren’t many people talking about gender and sexuailty in video games, and it was something I’d already thought about a lot as a long-time player. I got my start writing articles for games sites and then worked my way up, after I graduated, to a full-time job as a games and tech journalist reporting for major new sources. After a while though, I started to find journalism really limiting. I wanted to explore the topics I cared about in depth—and in those days, when print was still the gold standard, if you got to write a 1,000-word feature, that was considered a long piece.

So I went back to school for my PhD at Berkeley. I thought I was going to study gender and sexuality in French surrealism, especially around surrealism’s ties to the Marquis de Sade, which is still a set of topics I care a lot about. However, after a few years in the Comparative Literature program, I found myself drawn back to the thing I’d been thinking about and writing about for so long: digital media. I was fortunate to be part of building an amazing community around the Queerness and Games Conference, an annual event that’s become the backbone of my scholarship. I also joined the Berkeley Center for New Media, which was an incubator for a lot of the grad students (now turned faculty) who came out of the institution doing interdisciplinary digital work.

LH: What is some of the new work that you find most exciting? What work needs to be done? What kind of work are you hoping we can publish in Afterimage?

BR: The field of game studies has been around for a few decades now, but there’s still so much important work to be done. There’s a huge movement toward cultural approaches to studying video games, and I’m personally passionate about work at that intersection. Race, disability, colonialism, sexuality, gender, difference, power: these are all crucial topics that have shaped games across their history.

I would also love to see work that takes a hybrid theory-practice approach. Afterimage brings a strong tradition of engaging with the arts, which makes it a wonderful home for writing that combines game studies and game design. This kind of work, in which more conceptual thinking about games is informed by the process of game creation, is often vibrant and insightful, but it can be hard to publish in traditional academic journals. I’m hoping Afterimage can be a welcoming, exciting space for research that dares to bridge that divide between art-making and meaning-making.

Beginning in the forthcoming September 2020 issue, Afterimage will begin publishing a section of peer-reviewed feature articles in every quarterly issue. Please see the journal’s Call for Papers for more information. Afterimage‘s international editorial board is reviewing submissions on an ongoing basis and welcomes submissions for peer review at any time. If you have comments, ideas, or proposals concerning peer review or any aspect of the publication, please contact Afterimage‘s editor at afterimageeditor@ucpress.edu. 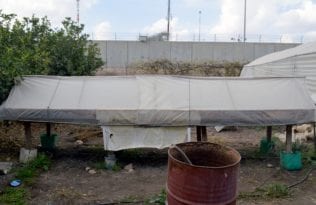 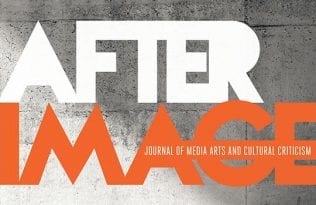