This post is part of our AMS 2020 conference blog series. Check out our virtual exhibit page for more.

As a conductor of Beethoven’s music, what draws you to this composer’s life and works?

Beethoven’s music fascinates like no other, as it stimulates in equal measure both the head and the heart—facets in music that are often diametrically opposed. Not only did Beethoven push the musical language of his day to its limits, but he also conceived of an entirely new musical grammar. One significant consequence of his works was the introduction of the concept of “innovation” as a key parameter in the evaluation of new music.

A noteworthy aspect of Beethoven’s oeuvre is that it covers every genre of the time, ranging from major vocal, orchestral, and chamber works to the smallest occasional pieces. Each one bears his unique compositional signature and hallmark of quality—none of his works drops below a certain critical quality threshold. And in contrast to the great, tormented, and majestic works (da-da-da-DAAAA) that are part of the mythical image of Beethoven cultivated in the nineteenth century, there exists a broad spectrum of compositions characterized by tenderness, lyricism, pathos, and even wit. These elements are reflected in Beethoven’s own personality; especially in his youth, he was often described as an amiable, charming, and sportive young man.

In what ways was Beethoven a product of his time? And why do you think his works have withstood the test of time?

Beethoven lived at a critical period in history, during the transition from the old feudal system to the rise of the middle classes. Not only did he express the changing Zeitgeist in his music, but he also redefined the profession of “composer” in both a practical and psychological sense. He saw the shifts in society and turned them expertly to his advantage, capitalizing creatively on emerging patterns in musical life and consumption.

At the same time, Beethoven’s music is timeless. It is based on universal and unchanging laws of beauty, which means that even when its high degree of unpredictability sends it to emotional extremes, the listener needs not fear a loss of overall cohesion.

What musical piece best represents the dynamism, complexity, and enormity of the composer’s persona?

I believe that Beethoven’s greatest achievement is the Missa solemnis, which he worked on for nearly four years (with a few interruptions). This period was preceded by nearly ten years of preparatory study, which allowed Beethoven—who had barely even attended school—to draw from a well-filled autodidactic wellspring of musical, literary, iconographic, theological, and liturgical knowledge. Thanks to his sixth sense for musical proportion and structure, which he continued to refine and develop throughout his life, he was able to incorporate this broad spectrum of expertise into a single homogenous work without permitting rhetorical detail to produce compositional tunnel vision. The Missa solemnis can also be regarded as Beethoven’s ideological and spiritual testament: a message to humankind that transcends the realm of music and is as current today as ever.

In this year’s 250th celebration of Beethoven’s birth, what should readers take away from your book about his life and career?

Any biography of Beethoven is in fact a portrait of the universal artist, and demonstrates that the most fascinating careers are never straightforward. Granted, the young Beethoven was incredibly talented, but his genius was the result of the determination and imagination with which he responded to the obstacles in his path. In this sense, he is the prototypical modern citizen who, regardless of background or origin, can take control of their life in order to achieve greatness. Beethoven also left an important legacy that can be interpreted as a spiritual missive: the notion that striving for excellence in Beauty is what enables humankind to rise above the brutal and materialistic nature of reality, and in so doing, to give individual meaning to existence. In this sense, engaging with Beethoven—both his life and his music—is a source of inspiration to us all.

Learn more about Beethoven, A Life 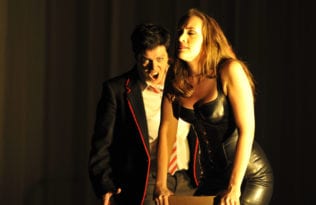 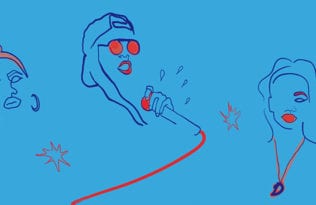