Amy Aines is a skilled communications expert on a mission to help scientists communicate ideas that matter to people who need to hear them.

Collaborating with her husband Roger Aines, Chief Scientist of the Energy Program at Lawrence Livermore National Laboratory, she wrote Championing Science. Now she is developing online courses to increase the reach and accelerate the learning curve for new graduates and early career professionals in science, technology, engineering, and mathematics (STEM) fields.

Although her training focuses on spoken communications, she shares terrific insights into all kinds of communication. In our interview, we talked about:

We also talked about the process of co-authoring a book with Roger, which she agreed to do before they became engaged. She tells a wonderful story about how the biggest friction during the book process was over the efficient use of office supplies! (Those sticky notes could have derailed a successful marriage…)

Anne: Hi, Amy. Thank you for joining me to talk about your book, Championing Science, and what you’ve been doing with it.

Amy: It’s terrific to have a chance to get together with you, because we both care a lot about helping people be understood. For me, it’s about the spoken word. For you, the written word. Together, that’s what enables people to get their ideas across.

On Writing vs. Speaking

Anne: Exactly. There’s overlap, but it’s a different set of skills to do in real time. I think it may be easier to do in writing because you have revision, which you don’t have when speaking.

Amy: Good point. That means that when you’re speaking, you have to have forethought, and you have to practice. What happens all too often, particularly with the scientists and technologists that I pay attention to, is that they’re so caught up in the details of their ideas that they get tripped up in all of that. Instead of understanding how to bring their ideas up to the surface, so those of us who don’t have our scuba tanks on can be there with them and understand.

Amy: There are often times when speakers are so caught up in what they’re saying that they don’t notice. That’s one of the things that’s important to learn: not just to notice, but what are the cues to pay attention to. I just launched the first of three online courses aimed at teaching those fundamental skills. It’s really exciting.

About the Book Championing Science

Anne: You’re doing very important work, thank you. Let me ask you about your book, Championing Science. Describe to me the core audience for this book and what you hope to achieve with it.

Amy: The book is aimed at anybody who is in the science, engineering, and technology arena who wants to be effective with decision makers. There are a lot of great books about communicating science to the public. What my husband Roger and I focused on in writing Championing Science was talking to decision-makers, talking in the workplace, helping to get your ideas across to smart people who aren’t necessarily experts who are in a position to advance your work.

The inspiration for the book comes from our shared belief that we need all the great ideas out there to help change the world.

If you’ve got ideas but can’t express them well, they can go unnoticed. Ideas have to be heard and understood if they’re going to drive action. For us, the goal was to shorten the learning curve. We are interested in reaching graduate students, post-docs, and early career STEM professionals to shave a number of years off what you ultimately learn as you get out into the workplace.

Anne: Yes, speed them down the path to being more effective communicating and advocating for what’s important.

Listen to the full interview and read the transcript 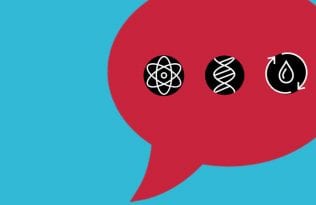 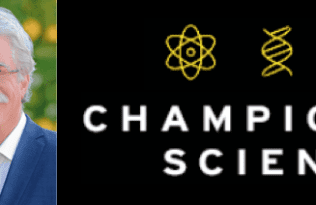 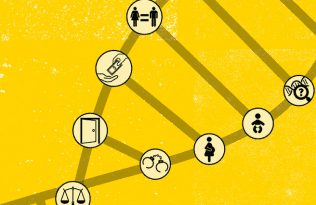