Last year, I released South Bronx Battles, a chronicle and tribute to the South Bronx as a community that has worked to create a vibrant, diverse culture while remaining a safe haven for poor families. Resisting the ravaging forces of systemic racism, gentrification and more, the community continually fought for better education, health care, and social services in their neighborhood.

But this was before the events of the past five months—the twin crises of the pandemic and the murder of George Floyd. How is the South Bronx community holding up?

Recent events have had a profound effect on the people of the South Bronx.  As I describe in South Bronx Battles, residents experience the worst health outcomes of any district in New York state, much of which can be attributed to systemic racism.  Not surprisingly, COVID-19 infection rates have been among the highest in the nation due to large numbers of front-line service workers, many of whom have to take public transportation. The initial limited availability of testing was also a factor in the spread of the virus as was the impossibility of adequately isolating ill members in crowded households. Life in public housing is especially challenging but residents go to great lengths to help out family members and neighbors. Many immigrants, now fearful of the government, were reluctant to be tested.

Of course, systemic racism has affected people of the Bronx in many other aspects of their lives—inadequate education coupled with discriminatory discipline and policing led to the “school to prison” pipeline. Lack of employment opportunities led to high unemployment rates and people stuck in low wage jobs. Lack of affordable housing caused families to have insufficient funds to meet other essential needs and to live in overcrowded, substandard housing.  Job loss hit immigrants the hardest—half  lost their jobs.

On Monday, June 1, 2020, many stores were looted from Burnside Avenue, north up the Grand Concourse, and then along Fordham Road. Looting was not tied to demonstrations but was started by organized gangs taking advantage of the police’s preoccupation with the protests. The thieves took a hit and run approach. They came in cars, quickly broke into locally owned stores, took what they wanted, and later attacked another store. Pharmacies, jewelry, clothing, and shoe stores were hit. Once the stores were broken into, others joined in the looting. The next morning, residents, including elected officials, helped clean up the vandalized stores.

On June 4, when New York City was under an 8 p.m. curfew, peaceful protesters marched from the Hub business district, 138 St. and Third Ave., south through Mott Haven until the police blocked their path.  They were kettled by police before the curfew started, on 136th St. and Willis Ave. Shortly after 8 p.m., the arrests started, including medics, photographers, and reporters. Many protesters were beaten with batons and pepper sprayed.

Even young protesters were treated harshly, and taken to detention centers in other boroughs. Some of the law enforcement officers appeared to be from the Homeland Security Investigation, not NYPD.

Needless to say, Bronxites were outraged by the police response to the demonstration. Two weeks later, store owners were still waiting for promised financial help to reopen.

In response to George Floyd’s murder and the demonstrations, New York State banned the use of chokeholds and made disciplinary records more open to the public on June 12th. NYC may make significant cuts to the NYPD budget when its budget is passed at the end of June. Residents hope these funds will be redistributed to combat the effects of systemic racism by investing in needed services in poor neighborhoods. Teachers and students are advocating for the removal of police security from city schools.

As the effects of COVID-19 related unemployment spread, many non-profits have focused on helping people meet urgent needs through the distribution of food. Advocacy groups are very concerned about tenants’ ability to pay rent and obtained a temporary moratorium on evictions. As of this writing, the state budget has a budget gap as high as $8 billion due to projected revenue shortfalls. The City budget is just as bad. Many are worried about possible steep cuts in education, mass transportation, and services.

But true to South Bronx’s spirit, there also continues to be resistance and hope through crisis.

Over 25 groups in the Bronx have joined together to form the Bronx-Wide People’s Platform, which is working to develop a collective vision for the Bronx that is equitable, sustainable, and just. Many organizations are undertaking additional Diversity, Equity, and Inclusion staff and board training, as well as exploring ways they can more actively contribute to racial equity. Even through these hard times, people in the community are feeling hopeful that the BLM movement, the demonstrations, and local political activity will cause fundamental change. I share this hope. Despite experiencing sadness and despair at the killings, and anxiety about COVID-19 resurging, I am glad that so many people seem open to listening and learning and supporting real change. The story of South Bronx continues to be one of both struggle and hope. 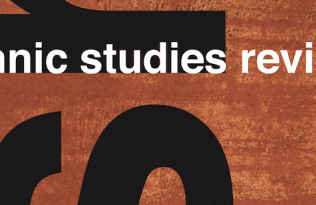