From the earliest marches in 1970 to this month’s events around the Bay Area and the world, Pride has celebrated and commemorated the LGBTQ community’s culture and heritage for over 40 years. While COVID-19 has changed the nature of celebrations this year, UC Press is honored to publish titles that shed light on LGBTQ history from the Pacific Northwest to Los Angeles to the community of male flight attendants who traveled the skies.

Wide-Open Town traces the history of gay men and lesbians in San Francisco from the turn of the century, when queer bars emerged in San Francisco’s tourist districts, to 1965, when a raid on a drag ball changed the course of queer history. Bringing to life the striking personalities and vibrant milieu that fueled this era, Nan Alamilla Boyd examines the culture that developed around the bar scene and homophile activism. She argues that the communities forged inside bars and taverns functioned politically and, ultimately, offered practical and ideological responses to the policing of San Francisco’s queer and transgender communities. Using police and court records, oral histories, tourist literature, and manuscript collections from local and state archives, Nan Alamilla Boyd explains the phenomenal growth of San Francisco as a “wide-open town”—a town where anything goes. She also relates the early history of the gay and lesbian civil rights movement that took place in San Francisco prior to 1965.

At the turn of the twentieth century, two distinct, yet at times overlapping, male same-sex sexual subcultures had emerged in the Pacific Northwest: one among the men and boys who toiled in the region’s logging, fishing, mining, farming, and railroad-building industries; the other among the young urban white-collar workers of the emerging corporate order. Boag draws on police logs, court records, and newspaper accounts to create a vivid picture of the lives of these men and youths—their sexual practices, cultural networks, cross-class relations, variations in rural and urban experiences, and ethnic and racial influences.

Plane Queer
Labor, Sexuality, and AIDS in the History of Male Flight Attendants
by Phil Tiemeyer

In this vibrant new history, Phil Tiemeyer details the history of men working as flight attendants. Beginning with the founding of the profession in the late 1920s and continuing into the post-September 11 era, Plane Queer examines the history of men who joined workplaces customarily identified as female-oriented. It examines the various hardships these men faced at work, paying particular attention to the conflation of gender-based, sexuality-based, and AIDS-based discrimination. Tiemeyer also examines how this heavily gay-identified group of workers created an important place for gay men to come out, garner acceptance from their fellow workers, fight homophobia and AIDS phobia, and advocate for LGBT civil rights. All the while, male flight attendants facilitated key breakthroughs in gender-based civil rights law, including an important expansion of the ways that Title VII of the 1964 Civil Rights Act would protect workers from sex discrimination. 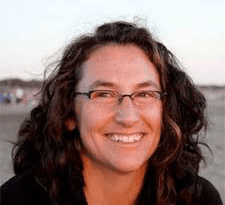