These numbers are staggering and paint a bleak picture of the current economic state for many in the U.S. Yet not everyone is being impacted equally.

The Great Recession was informally dubbed a “Mancession” because it disproportionately affected industries dominated by men, such as construction. In contrast, our current economic crisis is largely impacting industries where women are concentrated, such as leisure and hospitality, education, and retail. Women appear to be losing jobs at a higher rate than men.

What does this emerging unemployment data mean for the future of gender equality at work and at home?

In my book,  Crunch Time: How Married Couples Confront Unemployment, I explain how unemployment reverberates in families, often exacerbating gender inequalities. Based on over 110 interviews with college-educated, heterosexual and married unemployed fathers, unemployed mothers, their spouses, my findings offer insights into what we can expect when it comes to gender inequality during and after the current crisis.

One of the key takeaways from my research was illustrated by Shira Koffman,* an unemployed lawyer who did the majority of housework in her home even before losing her job. When explaining to me why she took over all the housework after losing her job, she said, “because I do have the time and I feel like I should.”

Shira’s words emphasize what I witnessed again and again in my interviews: women’s paid work—their jobs—were framed by couples as less important to the household. This was true even when unemployed women earned half or more of the total household income. Consequently, unemployed women’s job-searching and re-employment were seen as less urgent. Women’s time was not protected for finding a new job, a time-consuming activity that often requires tailoring cover letters, networking extensively, and searching creatively for jobs. Instead, couples, including the women themselves, assumed that women should take over all chores. In many cases, women already did more unpaid work in the home prior to their job loss.

In stark contrast, men’s unemployment was seen as a grave problem that needed to be urgently addressed. Men’s time was protected for job-searching and the division of housework did not shift dramatically, or at all, after men lost their jobs. As one unemployed man, Terry Clarke, said, “I’m home to find a job, I’m not home to do [housework].” In other cases unemployed men did do more housework, but only if it didn’t interfere with job-searching.

When confronted with one spouse’s unemployment, these dual-earner families that my study focused on sought to keep women at the helm of unpaid work and held men responsible for paid work.

We see similar conversations about whose job matters more playing out in the division of paid and unpaid work in the current pandemic. Emerging reports from the U.S., U.K., and Australia show that during lockdown, as childcare centers and schools have closed across the world, the additional childcare burden is disproportionately falling on women. In Australia, the lockdown has added six additional hours of unpaid work—of which women do four and men two. A survey from the U.S. shows that 70% of women report being primarily responsible for children’s homeschooling during this time. Another survey from the U.K. shows that mothers have reduced their hours spent in paid work more than fathers.

All of this data suggests that the pandemic is worsening the trend of valuing men’s paid work over women’s. This pattern could have a long-term impact on women’s careers. If women cut back on hours spent in paid work, withdraw more, or perhaps even entirely, from the labor force, the implications will be profound. Women’s lifetime earnings will suffer, their career progression will be slowed, if they withdraw from the labor force, they may have a difficult time finding high quality jobs when they try to re-enter.

An economic crisis has the potential to jolt dual-earner couples to value both jobs, especially given ongoing mass layoffs. Yet an economic crisis alone will not permanently alter gendered behaviors in the home for the better. Instead, traditional family models continue to exert influence, at least for relatively privileged families. Lasting change requires concerted and strategic efforts aimed at the workplace and at home to alleviate and equalize caregiving burdens. We need affordable access to childcare as well as changes in workplace policies and cultures that recognize and support women and men as workers—and as individuals with obligations outside the workplace.

Crises such as Covid-19 make transparent what’s broken in society. The current system of privatized and gendered unpaid work in the U.S. is both socially inadequate and detrimental to gender equality at work and home.

*all names are pseudonyms 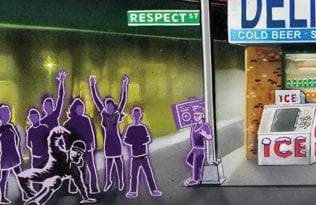