By Mark D. McCoy, author of Maps for Time Travelers: How Archaeologists Use Technology to Bring Us Closer to the Past

We all now find ourselves in some kind of isolation. As the number of people contracting COVID-19 continues to increase, a sliding scale of isolation—from social distancing, to quarantine following exposure, to isolation of the sick—is necessary to slow its spread and give our frontline medical professionals a chance to do their jobs. As an archaeologist who studies the history of Pacific Islands cultures, I think about isolation a lot. I suspect that people in the distant past, not just in the Pacific, found isolation as difficult as we do today. The proof, to me, is in all the efforts we have made over the course of human history to ensure that we live connected to others.

What I Learned from People Living with Leprosy

Kalaupapa is a small peninsula jutting out from steep sea cliffs on the island of Moloka‘i in the Hawaiian archipelago. Twenty years ago, I arrived there to start my dissertation research on the archaeology of the pre-European contact era. In the four summers I spent there, I recorded stunningly well-preserved examples of the abandoned houses, gardens, and temples created by the communities that made Kalaupapa their home for over eight hundred years. Those sites remained intact because while other parts of the Hawaiian Islands had seen booms in development, farming, and ranching, the peninsula—connected to the rest of the island only by a dangerous trail up the cliffs—beginning in 1866, served as a colony for people with what is today called Hansen’s disease, but is better known as leprosy.

I didn’t know what to expect, and looking back I knew nearly nothing about leprosy. Despite having been treatable since the 1940s, leprosy is still mired in equal parts social stigma and ignorance. In the years I spent at Kalaupapa, I learned so much about what Hawaiians called ma’i ho’oka’awale, the separating sickness, from the few elderly patients, as they called themselves, who chose to remain after quarantine was officially lifted in 1969. They told so many heart wrenching stories. So great was the fear of spreading the disease by touch that patients who gave birth there would have their healthy newborns taken away to be raised elsewhere. Mothers never had a chance to hold their babies. As a parent, I can think of few things more tragic. But the thing that I have always felt compelled to tell people about life there is that if you take away the disease, Kalaupapa is just another sleepy little town. Yes, there is tragedy. But, there is also joy, a community, and connection to the outside world.

One of my favorite memories is Barge Day. For many years, a massive cargo ship would come annually and bring fuel, supplies, and all the things that people had mail ordered. This inconvenience born of isolation was turned into an all-day event. The container ship begins small on the horizon, then the anticipation that had been building over the previous year grows as the ship maneuvers next to a stone dock not designed to accommodate its massive bulk. What follows is a Christmas-like festival centered on the open cargo containers lining the streets, complete with food and music. The journalist Ernie Pyle witnessed a Barge Day in the late-1930s where the most anticipated deliveries were dozens of blenders so people could make the trendy new drink: the margarita.

The Human Story is About Connectivity

You would think an event like Barge Day would be difficult to detect in the distant past, let alone comprehend. But, a staggering amount of the physical evidence of life in the ancient world tells us about mobility and the connections between communities. Geospatial technology—things like digital maps, GPS, remote sensing, drones, and laser scanning—are changing the way archaeologists reconstruct the past. Much of those new data, from 3D models of 3-million-year old footprints to the network of roads built by the Roman Empire, is about people on the move.

Technology is helping show ancient travel in terms more understandable to us today. Take a minute to check out ORBIS – The Stanford Geospatial Network Model of the Roman World, it’s like Expedia but for AD 200. It allows you to estimate the cost, in silver coins (denarii), of travel over three continents by foot, by horse or donkey, and by sea. The roads and ports maintained by the Roman Empire are set within a Geographic information systems (GIS) model of the “severe environmental constraints that governed the flows of people, goods and information.” Much like today, for the Romans, “cost, rather than distance, [was] the principal determinant of connectivity.”

Hoarding and Relying on Your Neighbors

The rush of new fine-grained maps over large sections of the planet is telling archaeologists about the strategies people used to put food on the table during times of crisis. Meghan Howey and colleagues, for example, have used lidar data to map and model the distribution of thousands of small food storage pits dug by Native Americans across Michigan around AD 1000–1600, lest you think hoarding was newly invented. Lewis Borck and colleagues have used social networking statistics to look at if during periods of extreme drought conditions it was more advantageous for villages in the American Southwest to have broad-reaching networks or to isolate themselves. Borck and his team quantify the degree of similarity between collections of artifacts (specifically pottery) found in one household versus neighbors’ households. The degree of similarity, it is presumed, reflects how closely villages were linked. In the American Southwest, while everyone suffered in bad times, in AD 1200–1450, those who were closely linked to their neighbors did better and were less likely to abandon their own village—a lesson in the real-world benefits of connectivity.

Our Long History of Experimenting with Living Together

Most of us live in cities that are constantly remaking themselves. I live in Dallas. In the weeks before COVID-19 dominated our news cycle, we were briefly famous for having our own “leaning tower” following a botched attempt to demolish a downtown office building. Thankfully, many of the world’s abandoned urban landscapes have shown similarly impressive resilience to destruction. A recent study from the heart of the Maya region mapped more than sixty-one thousand individual structures—everything from temples and roads, to defensive features, house sites, and agricultural field systems—over an area nearly the size of Rhode Island. In Cambodia at the city of Angkor Wat, lidar has been used to create a GIS map of artificial water features (canals and pools), streets, temples, and other buildings. The largest reservoirs cover an area one thousand times larger than that of Washington DC’s reflective pool at the Lincoln Memorial.

The city itself can be thought of as a social experiment that is in its 6,000th year. It will take archaeologists years to fully analyze these new large, rich datasets, even with geospatial technologies, but one thing is clear. While there are some aspects of urban life that hold true for all cities, there is no single solution to living together. Each is a record of our willingness to experiment and adapt to live connected to others. This drive is why the response to harsh, extreme isolation in Kalaupapa was to build a new community, and why communities in the American Southwest grew closer in times of crisis.

We are not alone. Our ancestors found isolation difficult as well. They found solutions, and we will as well.

Available in Audiobook: Recent and Noteworthy Releases
What driving ambulances taught a sociologist about inequality 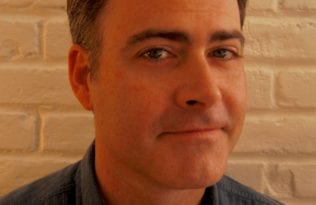 Archaeologists as time travelers? A virtual Q&A with Mark McCoy 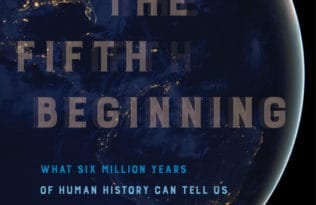