Since the Latin American Studies Association will be a virtual event, I’m excited to be able to attend virtual sessions and still hold short meetings to answer any questions people may have. If you are interested in speaking with me, request a meeting through the UC Press exhibit page located on the LASA virtual meeting website. At this year’s conference, we are thrilled to exhibit exciting new books about Latin America. I will highlight a few of the many great books that are either available now or are forthcoming. A full list of our books about Latin America can be viewed in its entirety here.

Lina Britto’s Marijuan Boom: The Rise and Fall of Colombia’s First Drug Paradise tells the forgotten history of Colombia’s illicit Marijuana export industry of the 1970s. Britto, a historian who was previously a journalist in Colombia and has personal connections to a region that played an outsized role in the boom, is the perfect person to tell this story.

Todd Ramón Ochoa’s A Party for Lazarus: Six Generations of Ancestral Devotion in a Cuban Town is a beautifully crafted ethnography based on twenty years of fieldwork. By following one family in a rural town, Ochoa shows how orisá praise and everyday life have changed in revolutionary Cuba over two decades of economic hardship.

Jennifer Adair’s In Search of the Lost Decade Everyday Rights in Post-Dictatorship Argentina documents how everyday rights following the return to democracy in Argentina post-1983 were negotiated during the government of Raúl Alfonsín.

Emily Wanderer’s The Life of a Pest: An Ethnography of Biological Invasion in Mexico documents scientists in Mexico as they navigate threats of climate change, infectious disease outbreaks, and biotechnology.

Jessica Lynn Graham’s Shifting the Meaning of Democracy Race, Politics, and Culture in the United States and Brazil is a transnational history of the redefinition of the concepts of nation and democracy in racial terms in both the U.S. and Brazil in the 1930s and ’40s. The book looks at the strategic political uses of the concept of “racial democracy” in the face of the growing threats of fascism and communism. Graham’s book helps us understand a paradox of our time: the coexistence of widespread antiracist ideals and the reality of enduring racial inequality. This book is the winner of the Brazilian Studies Association’s Roberto Reis Book Award and was an honorable mention for LASA Brazil Section’s Best Book in the Humanities Prize.

Forthcoming and available for pre-order:

Roberto J. González’s Connected: How a Mexican Village Built Its Own Cell Phone Network tells the story of the Oaxacan pueblo Talea de Castro that was the subject of many news reports when the town created a homegrown autonomous cell phone network, giving the remote mountainous town cell service for the first time ever. González, who has a history with Talea, thrillingly tells the story of the Talean cell network, how the town, with the help of outsiders via intermediaries, came to implement such a network and how the network was ultimately defeated. Woven throughout this short and well written book is a brief and succinct history of the region, the values of autonomy and self-governance that appear to be ever-present in Oaxacan communities, and what it means to be connected in today’s digital age. This book will be out in August.

Christy Thornton’s Revolution in Development: Mexico and the Governance of the Global Economy looks at how Mexican government officials, following the 1910 revolution, attempted to shape international institutions by advocating for a global governance system that includes redistribution of the surplus capital of the Global North and representation for the countries of the Global South. This book will be out in December.

Gema Kloppe-Santamaría’s In the Vortex of Violence: Lynching, Extralegal Justice, and the State in Post-Revolutionary Mexico explores, among other things, how state formation processes, as well as religion, perceptions of crime, and mythical beliefs, contributed to shaping people’s understanding of lynching as a legitimate form of justice. This book is part of the Violence in Latin American History series (edited by Pablo Piccato, Federico Finchelstein, and Paul Gillingham) and will be out in August. 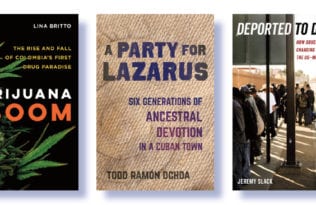 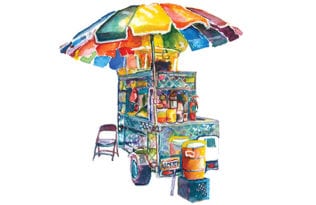 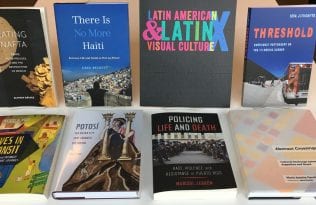 LASA Attendees: Visit Us at Booth #BH10 to Save 40% on New Titles