The following is an excerpt from Partner to the Poor: A Paul Farmer Reader (2001), chapter 23.

To designate a hell is not, of course, to tell us anything about how to extract people from that hell, how to moderate hell’s flames. Still, it seems a good in itself to acknowledge, to have enlarged, one’s sense of how much suffering caused by human wickedness there is in the world we share with others. Someone who is perennially surprised that depravity exists, who continues to feel disillusioned (even incredulous) when confronted with evidence of what humans are capable of inflicting in the way of gruesome, hands-on cruelties upon other humans, has not reached moral or psychological adulthood. No one after a certain age has the right to this kind of innocence, of superficiality, to this degree of ignorance, or amnesia.

Susan Sontag, Regarding the Pain of Others

A lecture on human values? Since all humans have values, to claim expertise in the universal arena of value-making is necessarily a perilous activity. Arguments abound. Are some values truly universal, the products of growing up in a human body and within a human family of some sort or another? Or are all human values socially constructed, with no real bedrock but what we create through culture? Aren’t all values by definition human? Many ethologists and sociobiologists dispute this last point fiercely.

I would like to consider a small aspect of these issues: how photographs and stories may be used to spark reflection on human, and humane, values. Chastened by Susan Sontag’s admonition that “no ‘we’ should be taken for granted when the subject is looking at other people’s pain,” I note at the outset that the stories in question belong to other people, not to me; the photographs I will speak of were taken by me and by other physicians working with Partners In Health, a nongovernmental organization seeking to put into practice the belief that health care is a human right. Partners In Health has worked in rural Haiti for many years; we have also had the privilege of caring for patients in places as far-flung as Peru, Siberia, and Rwanda.

In the course of doing this work, we’ve learned a great deal about how best to deliver medical care to the very poorest, to prisoners, and to the victims of violence. This work has also taught us that those seeking to serve such patients must know something about human rights. We’ve learned, for example, that there is no single coherent “human rights movement”; rather, there are heterogeneous groups of people with very different conceptions of how rights are related to values and different conceptions of how human rights and values should come into play, particularly in the course of responding to the problems of persistent poverty and inequality, violence, and even epidemic disease.

This diversity of opinions and our own experience working among the destitute sick have also forced us to consider the following questions: Should access to health care be considered a human right? If so, what kind of right is it? What is the relationship between social conditions and human rights?

Answers to these questions are powerfully contested within various human rights movements. There are reasons why some who do not live in poverty—for example, people who give or read lectures such as this one, and those who write about rights—do not always wish to see an analysis of poverty and inequality figure centrally in debates about human values and human rights. One reason is that the affluent share a single world with the poorest, just as the violent share a world with victims of violence and the healthy share a world with the sick. In Regarding the Pain of Others, Sontag explores human values and human rights and also the role played by photographs, reminding us that viewer and victim share the same time and space: “Being a spectator of calamities taking place in another country,” she warns, “is a quintessential modern experience.” But the notion that we belong to different worlds—the First and Third, for example—is a fiction that can be conjured or shattered by photographs and stories, depending upon the ways in which they are presented. Sontag exhorts us that “to set aside the sympathy we extend to others beset by war and murderous politics for a reflection on how our privileges are located on the same map as their suffering, and may—in ways we might prefer not to imagine—be linked to their suffering, as the wealth of some may imply the destitution of others, is a task for which the painful, stirring images supply only an initial spark.”

Proximity and connections are often the subtext of current-day discussions of “globalization,” and these discussions, too, bring their own arcane debates. Here I will reflect on extreme suffering as it occurs in this global web of hidden connections. If we are located on the same map as the suffering of others, how do we describe the fact that some of us are shielded from violence and epidemic disease while others are faced, from birth forward, with enormous risks? One way to trace this geography of unequal risk is to consider how structural violence is meted out to the poor in myriad ways. This phrase, “structural violence,” has been known to cause epistemological jitters among researchers into social process. Scholars I much admire—in particular, Loïc Wacquant and Philippe Bourgois—have taken me to task for relying on a concept that does too little to parse very different kinds of violence.

There are, to be sure, many kinds of violence, and a term that attempts to bridge the social (including the historical and economic), the psychological, and the biological without making the necessary distinctions may both create an unwanted black box in the place of human motivations and leave us no way of measuring the degrees, assessing the kinds, and forecasting the consequences of violence and rights violations. Even if, descriptively, it makes sense to say that societies built on deep inequality consist of wall-to-wall structural violence, such an analysis leaves us at a loss for prescriptions and for ways to distinguish legitimate from illegitimate force.

For scholarly as well as practical reasons, I desire to do a better job of parsing the concept of structural violence and cataloging its many forms. That would also promote the human values that might lessen the toll taken by the violence and disease that are so tightly bound to poverty and social inequalities.

Part of my difficulty in making sense of violence stems, no doubt, from my experience working as a physician in settings of great poverty. The physician’s task is to serve the sick; medicine is more a vocation than an analytic discipline. But many doctors know a great deal about structural violence. Violence in one form or another is frequently the force that propels people into our clinic waiting areas; violence, which we have little difficulty in tracking to its sources, can interrupt or frustrate the job of identifying and remedying disease.

Structural violence is embodied as epidemic disease, violations of human rights, and genocide; it becomes visible, I argue, through stories and images that convey its damaging effects. But we must be conscious of the often discouraging limitations of stories and images whenever we seek, to use Sontag’s words, “to moderate hell’s flames.” 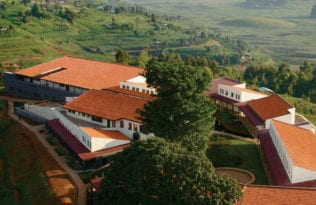 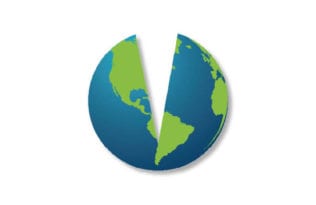