Building on California’s reputation as an environmental leader, we aim to advance knowledge and drive progressive change through our Environmental Studies books. We are pleased to be publishing paperback editions of three critically acclaimed texts from leading scholars across related disciplines, ranging in topics from human inhabitation of the San Francisco Bay since Ohlone times to the stories of four high-profile endangered species.

“In his natural (and human) history of San Francisco Bay, author Matthew Morse Booker focuses on waterfront and tidal wetlands. It is there that decades of human activity, such as dredging and upriver hydraulic mining, have reshaped, polluted and irrevocably altered the marine environment.”—Sacramento Bee

“Down by the Bay is an intriguing, highly readable account of the neglected history of San Francisco Bay’s tidelands.”—Environmental History

After the Grizzly
Endangered Species and the Politics of Place in California
by Peter S. Alagona

“Alagona adroitly documents the roles that historical contingency and a few influential, passionate people can play in shaping the mixed fortunes of endangered species.”—Science

“On the landmark species-saving law’s 40th anniversary, environmental historian Peter Alagona explains why it doesn’t quite work, and offers a path toward recovery.”—Smithsonian Magazine

“The Fall and Rise of the Wetlands of California’s Great Central Valley should be an essential read for anyone seeking to understand the interplay of ecology and policy in the history of California’s Central Valley. . . .The book has a place alongside the standards of the field.”—Agricultural History

These titles are available for purchase or for pre-order now. UC Press encourages supporting your indie and local bookstores during these especially uncertain times.

Elementa: Science of the Anthropocene Call for Papers: Sustainability Transitions 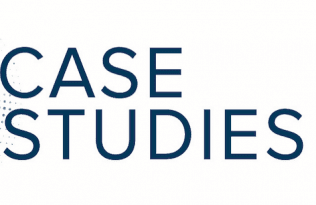 Case Studies in the Environment announces winners of 2018 prize competition