March is Women’s History Month, and we at UC Press are proud to share our rich record of publishing stories of women from throughout history, between disciplines, and across borders.

Please enjoy these collections which highlight the work, research, and activism of women authors from throughout our list. From the coral shores of the Caribbean to the front lines of student protests, from medieval reliquary vaults to California’s strawberry fields and beyond, our authors showcase the vibrancy of today’s woman-authored scholarship.

“An underappreciated contributor to mass incarceration has been the politicizing of the parole process, particularly for violent offenses. Through an insightful analysis of the Manson Family experience, Hadar Aviram illuminates how these high-profile cases helped institutionalize a system of extreme, often counterproductive, punishments that have transformed our conception of parole.”
—Marc Mauer, executive director of the Sentencing Project

Most people in jail have not been convicted of a crime. Instead, they have been accused of a crime and cannot afford to post the bail amount to guarantee their freedom until trial. Punishing Poverty examines how the current system of pretrial release detains hundreds of thousands of defendants awaiting trial. Tracing the historical antecedents of the US bail system, with particular attention to the failures of bail reform efforts in the mid to late twentieth century, the authors describe the painful social and economic impact of contemporary bail decisions. The first book-length treatment to analyze how bail reproduces racial and economic inequality throughout the criminal justice system, Punishing Poverty explores reform efforts, as jurisdictions begin to move away from money bail systems, and the attempts of the bail bond industry to push back against such reforms. This accessibly written book gives a succinct overview of the role of pretrial detention in fueling mass incarceration and is essential reading for researchers and reformers alike.

Getting Wrecked
Women, Incarceration, and the American Opioid Crisis

“Getting Wrecked is a unique and vivid portrait of the lives, hopes, and agony of women in prison in the United States. Sue powerfully conveys the strength and resolve of women facing societal-level racism, privatized prisons, addiction, and poverty. This poignant book should be read by everyone who cares about social inequalities, discrimination, gender, health, incarceration, and addiction.”
—Seth M. Holmes, author of Fresh Fruit, Broken Bodies

Getting Wrecked provides a rich ethnographic account of women battling addiction as they cycle through jail, prison, and community treatment programs in Massachusetts. As incarceration has become a predominant American social policy for managing the problem of drug use, including the opioid epidemic, this book examines how prisons and jails have attempted concurrent programs of punishment and treatment to deal with inmates struggling with a diagnosis of substance use disorder. An addiction physician and medical anthropologist, Kimberly Sue powerfully illustrates the impacts of incarceration on women’s lives as they seek well-being and better health while confronting lives marked by structural violence, gender inequity, and ongoing trauma. 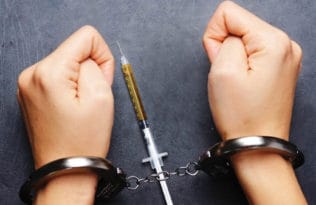 Criminology Authors Featured on This Is Hell! 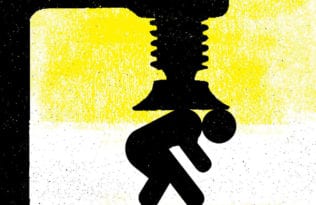