We at UC Press are proud to share our rich record of publishing stories of women from throughout history, between disciplines, and across borders. #IWD2020 #EachforEqual

Excerpted from the introduction of Obstacle Course: The Everyday Struggle to Get an Abortion in America by David S. Cohen and Carole Joffe

Abortion in America: A Short Overview

To situate the material in this book, here we offer some basic background about the current landscape of abortion in the United States. Most fundamentally, the story of abortion in this country is impossible to tell without focusing on the demographics of the women who have abortions. A substantial majority of women seeking abortions are low income, with half living below the federal poverty level and another quarter living between 100 percent and 199 percent of the poverty level. Relatedly, more than a quarter of abortion patients have no health insurance at all. Just over a third have Medicaid (though, as discussed in depth in chapter 4, Medicaid pays for abortions in only sixteen of the fifty states, with the result that one in four women receiving Medicaid who would otherwise have an abortion is forced to continue her pregnancy), with the rest having private insurance (including insurance through the Affordable Care Act). About 60 percent of abortion recipients already are parents.

Additionally, while abortion in this country is inescapably linked to poverty, it is also very closely associated with race. Women of color are disproportionately represented among abortion patients. Three in five abortion patients are women of color, with black women representing 28 percent, Hispanic women 25 percent, Asian or Pacific Islander women 6 percent, and women of other races or ethnicities 3 percent. White women make up 39 percent of the women having abortions.

Overall, the demographic breakdown of abortion indicates that the barriers this book discusses largely affect poor women of color. This racially disproportionate burden is consistent with our country’s long history of coercive policies around reproduction and parenting targeted at women of color. As a result, along with other issues related to birthing and parenting, abortion access has been a key component of the reproductive justice movement since its inception in the early 1990s.

Though the numbers are declining, abortion is very common in this country. Every few years, the Guttmacher Institute produces the most accurate numbers with respect to abortion. Its most recent count indicates that there were 862,320 abortions performed in clinic settings in This number has been decreasing for some time, as it is down from 1.21 million in 2008. The abortion rate in this country is now lower than has ever been recorded since Roe. Put into more relatable numbers, the Guttmacher Institute has calculated that about one in four women will have an abortion by age forty-five. This is down from what had been a commonly stated mantra of “one in three,” a previous rallying cry that emphasized how common abortion is, but it still represents a sizable number of women who will terminate a pregnancy in their lifetime.

Ever since Guttmacher released its most recent numbers, people have debated the reasons for the decline, and the phenomenon is still not fully understood. The anti-abortion movement has tried to take credit by claiming that abortion restrictions and anti-abortion sentiment have combined to produce record-low numbers, but that claim is not supported by the evidence. The abortion rate has declined both in states that have enacted major restrictions on abortion and states that have not. States without any major restrictions, such as California, Hawaii, and Oregon, are among the states that have seen the greatest decline, while states with the most restrictions, such as Arkansas, Mississippi, and North Carolina, have actually seen an increase in the abortion rate. Studies show that laws that regulate the minutiae of running an abortion clinic, laws called targeted regulations of abortion providers (commonly referred to as “TRAP laws”), are the one type of restriction that may be connected with a decline. But while restrictions per se may play a limited role in the decline in abortion numbers, the difficulty that many would-be abortion patients have in simply reaching an ever-decreasing number of abortion facilities is a likely part of this puzzle, a matter we explore in depth in this book.

Much more likely to have contributed to the declining abortion numbers is a widespread decrease in unintended pregnancy. As the Guttmacher Institute explains, “In the absence of sudden, dramatic changes in levels of sexual activity or women’s ability to become pregnant (and there is no evidence of either), the most likely explanation for these broad-based abortion declines is a decrease in unintended pregnancy.” Births increased over the time frame of the drop in abortions, but by nowhere near the same amount. If the unintended pregnancy rate stayed the same, these numbers would have mirrored one another. Although the most recent data still isn’t available, the best evidence shows that contraceptive use has increased in the past decade, partly because of the contraceptive benefits that are part of the Affordable Care Act (these benefits are, at the time of this writing, being targeted by the Trump administration). The increased use of effective contraceptives, including long-acting reversible contraceptives, often referred to as LARCs, which are subject to less user error, has led to fewer unintended pregnancies, resulting in a decrease in the abortion rate.

The decrease in the published abortion rate could also reflect an increase in the number of women self-managing their abortions. Medication abortion—abortion up to ten weeks gestation that involves the use of a drug called mifepristone, followed by another drug, misoprostol, twenty-four hours later—has become more and more utilized by women since this method was approved for use in the United States in 2000. According to Guttmacher, 39 percent of all nonhospital abortions in 2017 were by medication abortion, compared with 24 percent in 2011. These numbers are reflected in the totals already discussed because these abortions start at an abortion clinic with the first dose of mifepristone (and then are finished at home with the misoprostol).

What is not captured by the Guttmacher data is women who obtain these drugs outside the abortion clinic setting and use them on their own to terminate their pregnancies. There has been a renewed focus on self managed abortion in recent years, with an increasing number of abortion clinics reporting hearing from women who have tried to do so. The total number of women who may have done so while the official abortion numbers have declined is unknown and almost unknowable, which possibly makes the reported abortion rate lower than the actual one.

Regardless, despite the apparent decline in numbers, abortion is still an option pursued by almost a million women per year. Those women, while ultimately successful in finding help, are facing an increasingly difficult time doing so. More than 95 percent of abortions take place in freestanding abortion clinics—independent clinics (60 percent) and Planned Parenthood offices (35 percent)—as opposed to private doctors’ offices or hospitals. In part because of expensive state restrictions but also because of the decreasing abortion rate and anti-abortion extremism, clinics have been closing at an alarming rate in recent years. Among independent clinics, 145 of 510 (28 percent) closed between 2012 and 2017. Planned Parenthood clinics also closed during that time frame, though the exact numbers are not easily accessible. As a result of these closures, the 2014 figure that nine in ten counties in the United States had no abortion provider is likely even higher now.

As common as abortion is, it is also incredibly safe. The overall complication rate is about 2 percent, but most of those complications are safely and easily dealt with at the time of the abortion at the same medical office. The rate of major complications that require hospital care is 0.23 percent, or 1 in every 436 abortions. To put that into perspective, abortion is safer than childbirth, vasectomy, plastic surgery, colonoscopy, and liposuction. At the most extreme end of the spectrum of complications—death—childbirth is fourteen times more likely to result in death than abortion, colonoscopy is ten times more likely, and liposuction twenty-eight times more. Of course, none of these procedures is specially singled out for regulation the way abortion is. All in all, abortion has a stellar safety record, as a landmark study released in 2018 by the National Academies of Sciences, Engineering, and Medicine concluded. 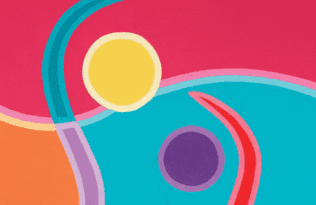 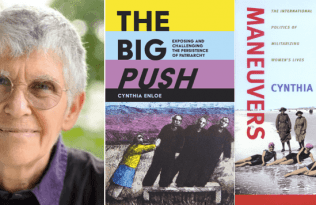