This post is published in conjunction with the American Anthropological Association conference in Vancouver, Canada. Check for other posts from the conference.#AAACASCA

By Jatin Dua, author of Captured at Sea: Piracy and Protection in the Indian Ocean

“Those could be your friends, the pirates, on that boat.” Antony joked with me during bridge watch. I was sailing from Malta to Dubai on a giant container ship, one of the many thousands that are currently at sea transporting all kinds of cargo and stitching together this behemoth we call global capitalism. Even though he meant it as a joke, Antony trained his binoculars at the fishing boat bobbing amidst the waves in the distance, a certain tension palpable in the bridge until we were a sufficient distance away.

The night before we had entered what is known as the “High Risk Area” in the Gulf of Aden. Designated as such by maritime insurance companies and international navies, this part of the Red Sea and the Indian Ocean is both essential and vulnerable from the vantage point of the global shipping economy. Since the opening of the Suez Canal in 1869, these waters have connected Europe to Asia, shortening transit times and providing a liquid highway for oil and other resources. In fact, some 3.3 million barrels of oil move through this region everyday representing 30 percent of the world’s oil supply. At the same time, treacherous currents, spillovers from geopolitical contests and pirates constantly threaten passage through these restive waters.

For the most part what happens at sea is obscured from everyday life. Accidents and disasters such as shipwrecks and oil spills, or stories of hijackings and piracy provide fleeting moments when global attention turns to the ocean, before returning again to land. In Captured at Sea, I focus on one such moment, namely the unprecedented upsurge in maritime piracy off the coast of Somalia from 2008-2012. When I started research, I would constantly be told that Somali piracy was a result of state failure in Somalia, an explanation shared by those who were sympathetic or critical of Somali pirates. As I began fieldwork, first in courtrooms in Mombasa, Kenya where suspected pirates were on trial and later in the port-cities of Northern Somalia, maritime insurance offices in London, as well as onboard a variety of ships at sea, a different tale began to emerge.

Somali pirates, international navies, and insurance underwriters all emphasized their role as legitimate protectors of maritime mobility. Piracy, as it emerged in these encounters, was not only a mediatized spectacle, but also an everyday tale of work and waiting, of peril and possibility, and a transregional story about claim-making within global orders that continue to divide the world between pirate and protector. Captured at Sea lifts this divide between pirate and protector, London and Somali port cities, as well as land and sea to emphasize a world constituted through parallel and competing systems of protection, where piracy represents not only an interruption but also an attempt—framed through the threat of violence—to insert oneself within a global sea of trade. By highlighting a shared logic of protection within piracy and counter-piracy, this book asks what is at stake—analytically and politically—in maintaining and policing these distinctions?

At sea, Antony, like many others, reminded me that risk and protection are ever-present. As we sailed through the Gulf of Aden, crew members would tell of recent near misses, ship identification systems would display ‘warning armed guards on board’ on the radar to deter would-be-pirates and the ship radio would crackle with the sounds of various navies calling and verifying the identity of vessels as we sailed at night. In the summer of 2019, a new danger had also emerged. Oil tankers in particular were getting attacked and sometimes hijacked in this region as geopolitical rivalries heated up between the United States, United Kingdom, and Iran. All sides accused each other of piracy and claimed to be acting as legitimate protectors of the sea. Quickly insurance companies responded with higher premiums, oil price rose, and crewmembers faced even greater risk as they sailed in these waters. Distinctions between piracy and protection, their slippage and overlaps may take on a different guise but remain central to making claims about the world and ideas of accountability and protection. 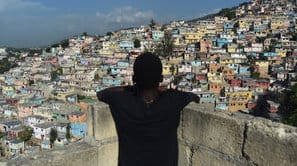 The Atmosphere of Crisis 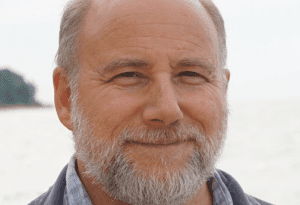