I came dangerously close to dying from anorexia twice, once when I was eleven years old and again when I was eighteen. I was hospitalized both times for several months and spent years in outpatient therapy in recovery. Although these are the two episodes where clinicians gave me the official diagnosis of anorexia, in reality they were but two peaks (or valleys) in a much longer and protracted struggle. Between the ages of about eight and twenty-six, I was, at various times, an anorexic, a bulimic, a compulsive exerciser, and a binge eater. I can remember only one brief period during eighth grade when I was not miserably immersed in disordered eating of some form or another. During those bleak years, I learned that there are an infinite number of ways to treat one’s body as a detestable, yet constant, encumbrance. I frequently used diet pills, laxatives, stimulants, and anything else I could think of to wrangle, discipline, and punish my body into some sort of semblance of acceptability and to feel, even briefly, that I deserved to exist. It never quite worked.

Having an eating disorder is excruciatingly awful. It is a miserable, grinding, dismal existence. Every second of every day is saturated with fear, anxiety, and self-loathing, with no end in sight. Food and eating (and not eating) become the absolute focus of all your energy and attention. This is not a choice: you literally cannot think of or attend to anything else, at least not without an enormous expenditure of psychological, emotional, and cognitive energy, and even then, any such digression is fleeting and exhausting. Cognitively, you are calculating constantly: how many calories you have allotted for the day, how many you have already consumed, whether or not you counted right—calculating and recalculating and recalculating again, just in case. (To this day, I am a wiz at mental math because of the hours upon hours I spent during my anorexic years adding up, subtracting, substituting, and recalculating calories.) You think about what you just ate. You think about what you are going to eat next, how long you have to wait until then, and how you’re going to make it. You think about what you’re not eating that you wish you could eat, or you think about how glad you are that you’re not eating it because it would clearly turn you into an oozing mass of cellulite. You think about what a horrible person you are because you want to eat, even if you know there is absolutely no way you are going to let yourself do it. You think about how to keep yourself from feeling hungry, how to handle it when you inevitably are hungry, and how to keep other people from paying too much attention to what you’re doing with your food. You wonder what is wrong with you that you can’t just eat like everyone else and why you have to live in this misery just to try to look (if not to feel) normal.

Am I well now, all these years later? I think so. My body is healthy. It is strong and fit and active. I have two beautiful children, a wonderful partner, and a supportive community of colleagues and friends around me. But my mind has not forgotten how to torment me, at times sneaking up on me when I least expect it to let me know that it is still there, that capacity for self-loathing and self-destruction. It is critical to understand that eating disorders are not about food—not really. They are about a deep, abiding, toxic shame and self-negation that is so embedded that it may never fully be eradicated. It can be managed and channeled and ameliorated, but once you have had the experience of actively trying to obliterate yourself, something changes. There’s a part of you that knows what you’re capable of.

As I write this book, I have been free of eating disorder behaviors for over twenty years. I suppose in that sense I am a success story, although I would never in a million years recommend that someone go about recovery the way I did. There are far better ways to do it. And while I no longer engage in eating disorder behaviors, I still struggle daily with the deeper concerns these behaviors expressed: doubts about my worthiness and my right to exist equally with others, a deep sense of shame, and a strong desire to connect coupled with battlement-thick defenses of fear and anxiety. Now, I can name these concerns and address them productively without harming my body. I have no desire to binge, purge, or restrict. I love food and eating and eat pretty much what I want when I want. And I have maintained a healthy body weight through one PhD, two pregnancies, an MSW, therapeutic licensure, tenure, and a number of life crises. I have, I suppose, made it to the other side.

If this were a recovery memoir, I might claim that I answered Sheila’s question (“What’s the point of trying to get better?”) by telling her about the joys of living without an eating disorder and that the whole world is open to her if only she would let go of her illness and seize life. But I didn’t. Because I knew how she felt.

And the truth is that there are no guarantees that Sheila or anyone else will actually “get better”—not only because eating disorders are complex and tenacious conditions but also because, as I detail in Famished, we live in a society that withholds vital and necessary care that is central to recovery. Sheila was on her third round of treatment at the time of Allison’s funeral. She had been an inpatient for three months at a program in another state before coming to Cedar Grove the year prior, only to be kicked out for “non­compliance,” and she was now back, provisionally, as the staff assessed her willingness to change. The fact that Sheila, at age twenty-two, had taken out a large personal loan in her own name to pay for treatment, because her parents refused to help with the costs, seemed to indicate a pretty serious willingness to change in my book. But the other clinicians at Cedar Grove remained agnostic.

In any event, I didn’t give Sheila my own recovery story. And I didn’t give her the typical therapist line about how she’s worthy of recovery and owes it to herself to get better; I knew that would fall completely flat. I didn’t give her the standard medical spiel about how she would die just like Allison if she didn’t turn things around; part of her would have been relieved to die so that the suffering would be over with. I didn’t take the researcher angle and ask her what she thought the point of recovery was; she would find that (justifiably) obnoxious and dodging. Instead, I told her the truth, as best I knew it, from my own long and harrowing history with these illnesses: the point of trying to get better is that the only alternative is to lie down and die. And she had not fought this hard for this long only to give up now.

But this—survival—is not an obvious motivator for a person with an eating disorder. Not necessarily because she wants to die (though she may), but rather because eating disorders are themselves survival strategies. This may seem counterintuitive, given that they can—and frequently do—kill people. What I mean is that they are strategies for existential survival that include, but extend far beyond, the physical body. They are about wanting to be seen as a legitimate, dynamic subject, not as a vacuous, static object. They are about wanting one’s voice to be heard as a vital contribution, not dismissed as a cry for attention. They are about wanting a response, not just an answer. All too often, eating disorders become occasions for the opposite, for silencing and misrecognition, for erasure and denial.

To be absolutely clear: no one chooses to have an eating disorder. No one. It is miserable, excruciating, soul-sucking. Every second of every day is torture, and you just want to get through the hours until you can sink into sleep. And then it starts all over again the next morning. If a person is bingeing, purging, or restricting to the point of putting herself in medical danger, there is something seriously, seriously wrong in that person’s life such that destroying herself seems like the only viable option.

This reality is effectively erased in accounts of eating disorder clients as “resistant” to treatment or as “difficult” and “manipulative.” Eating disorders are, in many ways, particularly vexed and vexing conditions, at least as viewed from a mainstream biomedical perspective. When clients don’t get better after interventions that clinicians, researchers, and insurance companies think should work, they are identified as “problem patients” and labeled as chronically ill and beyond hope. The possibility that the interventions themselves—and the funding structures that inform them—may be a key source of the problem is rarely considered. As a result, very sick people in need of care frequently go without it and are simultaneously blamed for their “unwillingness” to get well.

The convergence of stigma, misunderstanding, and ignorance that structures the diagnosis and treatment of eating disorders in the American healthcare landscape is not an accident or a fluke—it is the result of centuries of gendered, raced, and classed assumptions about who gets sick and why, who is morally responsible for what kinds of suffering, what “health” looks like, and how recovery is to be achieved. Rewriting these scripts will require a full-scale reenvisioning of how we understand eating disorders and their treatment, as well as shining a bright light on the role for-profit healthcare plays in their perpetuation.

Save 30% on Famished: Eating Disorders and Failed Care in America with promo code 17M6662.

CATEGORIES: Anthropology, From Our Authors, Health

A Sneak Preview of the New Journal of Sound and Music in Games
MESA 2019: Visit Us This Week in New Orleans

More than Wombs for Rent 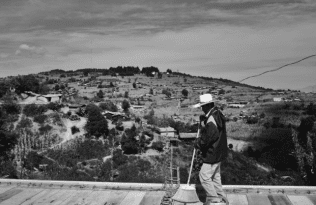 Death of a Poet