By Genevieve Carpio, author of Collisions at the Crossroads: How Place and Mobility Make Race

Who doesn’t hate having their drivers’ license photo taken? There are many undeniable reasons to detest the small, unflattering picture that sits in our wallets. But, for immigrant communities and people of color, that photo poses a material threat to their safety and, with alarming regularity, their ability to remain in the United States.

A recent study out of Georgetown Law’s Center on Privacy and Technology has revealed that federal law enforcement, including Immigration and Customs Enforcement (ICE) and the FBI, have been using facial recognition to scan Department of Motor Vehicles (DMV) photographs without the authorization of Congress, State legislatures, or license holders. Opponents of this unsanctioned-use of technology underscore the problematic surveillance of US citizens, the heightened inaccuracy of these technologies when identifying darker-skinned people, and the mismatch between states who offer undocumented immigrants driving permits and then make their personal information available to federal immigration agents, thus betraying their trust with the threat of deportation.

Collisions at the Crossroads: How Place and Mobility Make Race reveals the consistency of logics, policies, and technologies seeking to manage people of color while on the move and, in particular, immigrants. What has changed is the ease and intensity at which this type of surveillance operates in an era of heightened immigrant fear. In an excerpt below, I discuss economist Paul S. Taylor’s highly cited migration statistics, “Mexican Labor in the United States” (1927-1933). Funded by the then newly created Social Science Council’s Committee on Scientific Aspects of Human Migration, Taylor’s study drew on racial presumptions of mobility that conflated racial character with particular modes and styles of transportation in order to track Mexican travelers.

This history echoes loudly in the present. The Mexican migration study and contemporary facial recognition both exemplify the strong impulse to locate people through racialized readings of drivers. In the case of the migration statistics, Taylor relied on social science data collection by staff at service and quarantine checkpoint stations, who tabulated Mexican workers as they drove through busy labor corridors. Staff involved in the collection of the Mexican migration statistics reported trouble disarticulating Mexican drivers from other travelers of color. The impulse to track marginalized bodies, but inability to pinpoint specific types of bodies, remains.

Facial recognition technology is notoriously unreliable in its efforts to accurately identify people of color. The failure of technology to pinpoint specific drivers has not resulted in more anonymity, but in wider-reaching surveillance without public consent. That is, when ICE conducts searches of darker-skinned people in DMV databases, it results in higher numbers of possible matches because the technology has trouble disarticulating them from one another. These types of unsanctioned searches in the name of border security are already concerning, for the aforementioned reasons. But, when it comes to darker-skinned people, both citizens and non-citizens, their use results in larger breeches of privacy by turning over even more personal data with the purpose of removal, all without consent. Although the technology used to track marginalized bodies is new, if we look to our histories, then the impulses and intensified consequences of these strategies were eerily predictable.

Routes were essential to agriculture, potentially beneficial to both workers and employers, but unequal in profit. For some, traveling led to fair wages and decent housing. For others, travel led to unemployment or destitution. Travel itself held high costs for agricultural migrants, including pay lost while in transit, unemployment in the off-season, homelessness, and increased vulnerability to exploitation. Although workers themselves had some agency over when and where they traveled, automobility was inextricably bound to the needs and desires of ranchers, whose potential for profit was tied to fluctuations in the crop. Taylor leveraged the necessity of agricultural workers’ seasonal migration to tabulate and extrapolate rates of Mexican migration through California.

Situating research sites along major agricultural arteries was a strategic choice, but assessors’ ability to collect data based on racial categories was complicated by the subjects’ speed. Even with mandatory stops, border station staff at the California quarantine checkpoints reported difficulty handling Taylor’s data collection in addition to their day-to-day inspection activities. Service station staff experienced even more complications. Without the ability to require drivers to stop, which was mandated at border checkpoints, gas station staff were heavily dependent on split-second assessments. Where intrinsic features of travel such as speed potentially undermined the integrity of Taylor’s data, he adopted external racial markers to corroborate his findings. According to Taylor:

The characteristic modes of travel and dress, the type and condition of car, and the physical types, etc., of the Mexican laborers in California were sufficiently distinct to make identification of the overwhelming majority relatively easy for those accustomed to look for them; and to render unlikely confusion with Negro, Asiatic, Filipino, or other non-white laborers.

If bodies themselves could not be scrutinized to determine the race of travelers, Taylor proposed that the means of transport, vehicle maintenance, and automotive style could help determine racial differences.

What was ‘characteristic’ of these laborers is unclear. The term’s ambiguity begs the question of exactly how migrants were identified as ‘Mexican.’ In Taylor’s assessment, Mexican people were phenotypically distinct from whites, yet they could be mistaken for “Negro, Asiatic, Filipino, or other non-white laborers.” Where scholars of automobility have suggested driving offered African Americans the potential to “pass as the blank liberal subject,” even if only temporarily screening their racial identity, Taylor sought to rupture the anonymity of Mexican travelers. When phenotype was obscured, the means of travel itself served as proxy for the racial body.

Throughout Taylor’s study, Mexican people were wholly and squarely associated with automotive travel to the exclusion of other forms of transportation. Rather than comprising their own categories, those riding by team and wagon were collapsed within the count of those entering by personal motor vehicle. Those carried by “autostage,” or mechanized coaches transporting multiple riders, were excluded from the study altogether, although a sampling found that at least 16 percent of Mexican migrants chose this mode of travel. Those riding the train were also omitted. As explained by Taylor, few Mexicans would choose to pay the proportionally higher travel fees. Rather, the train served as a class marker that separated Taylor’s desired object, Mexican agricultural migrants, from middle class Mexican travelers. Historian Kelly Lytle Hernández has described the policing activities of border patrol agents in the same period as one of profiling “Mexican Browns.” Similarly here, surveillance of Mexican mobility was a matter of identifying a specifically racialized set of bodies and reinforcing their subordinate position within the economy of the American West.

In attempting to quantify patterns of migration and vehicle ownership, Taylor created a coded set of suppositions about Mexican American and Mexican immigrant mobility. Specifically, he conflated certain forms of personal vehicle usage with Mexican racial identity and then used these racial assumptions to quantify Mexican migration patterns. By substituting material objects for physical bodies, he overgeneralized the prevalence of “Mexican” travel by car and limited his analysis to the travel of Mexican migrants engaged in agricultural labor. Doing so meant excluding whole segments of the ethnic Mexican population, including not only middle class travelers, but also those who did not fit neatly within phenotypic boxes or rode with racially ambiguous drivers.

In effect, Taylor’s migration statistics functioned much like the tramp studies of the early twentieth century, which typified a distinct social subject characterized by its mobility. That is, Taylor brought “the basic fact of [Mexican] mobility” into being as a coded racial and class category of working class, “Mexican Brown,” seasonal workers. Although efforts were made to ensure the reliability of the data, the selection criterion itself was based upon popular perceptions of Mexican mobility to the exclusion of other types of movement—for instance, train travel by the Mexican middle class. As such, Taylor’s study reaffirmed what the social scientist already assumed: that certain types of automobility were inseparable from race. 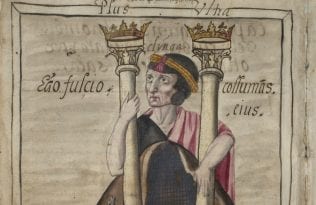 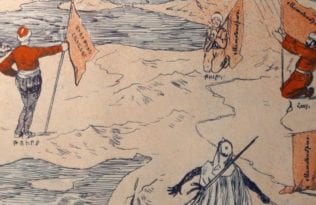