This guest post is reposted as part of our ASC blog series published in conjunction with the meeting of the American Society of Criminology in San Francisco, CA, November 13-16.

By Susan L. Miller, author of Journeys: Resilience and Growth for Survivors of Intimate Partner Abuse

More than one in three women in the United States have experienced rape, physical violence, and/or stalking by an intimate partner or former partner in their lifetime. What goes on behind closed doors often remains a secret. Yet, spurred on by the courage and resilience exemplified by victims of gender-based violence and harassment in the #MeToo and #TimesUp movements, in addition to the national debate on gun control following yet another school shooting in Parkland, FL, survivors of intimate partner violence and abuse (IPV/A) foresee a platform for them too to join the conversation. #IPV

Fortunately, many abused women reach out for help when they face a crisis, such as securing shelter, obtaining help with legal issues, and connecting with victim service advocates. But often the very people and institutions turned to in a crisis, such as friends and family, the police, faith communities, and the courts, do not provide the assistance or emotional support needed. Abused women face issues similar to women speaking out in the #MeToo movement, such as victim-blaming, retaliation, and threats, yet the stigma of being abused by a loved one, rather than an employer, silences many victims. Many in our nation are demanding a new strategy for reducing gun violence, and this issue is relevant for IPV/A: women are at high risk for domestic homicide; every day, on average, three or more women are killed by their husbands or partners. Guns make situations far more dangerous, increasing homicide risk by 500% (National Coalition Against Domestic Violence).

Research shows that post-traumatic growth, resilience, and empowerment can flourish following adversity. My research with long-term survivors of IPV/A reveals that though trauma and recovery shaped their lives, victimization was not the center­piece of their identities. This issue of long-term survivorship merits serious attention. Although there is a lot of research on crisis and short-term needs, we know very little about how long-term survivors transform or incorporate their “victim” identities and lives while encountering what sociologists refer to as social structural constraints (such as poverty or lack of resources that may affect help-seeking behavior, as well as housing and employment options) and legal and criminal justice obstacles. The challenges abound even for those victims/survivors most likely to have a strong sense of personal efficacy, as well as access to a range of emotional and instrumental support from serv­ice providers, family, and friends. Moving from being controlled by an abu­sive partner or ex-partner toward a life where one is in control is an accom­plishment from which other abused women can learn and find inspiration.

As apparent in the political machinations of the current political administration where former White House staffer Rob Porter left amidst accusations of domestic violence by two ex-wives, and the exposure of pervasive abuse by the #MeToo movement, our culture still tolerates misogyny, offering the excuse that “boys will be boys” and claiming that women are just too sensitive, with the result that bullies and abusers often enjoy impunity. Measures to prevent and intervene in abusive situations and to sustain women after they leave are vital for addressing gender-based violence. In joining the conversation, survivors of IPV/A help inform victim-centered policies to guide our efforts of empowerment for all victims/survivors. Our collective expectations to live in a civil and just society mandate greater attention to changing gendered social norms and the unequal distribution of power. 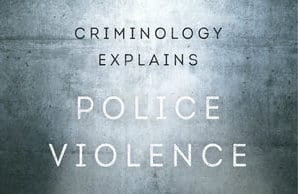