By Paul Almeida, author of Social Movements: The Structure of Collective Mobilization

October 2019 witnessed an inordinate clustering of massive civil disobedience in the global South. These protests include major social movement campaigns in Haiti, Iraq, Lebanon, Ecuador, Hong Kong, Honduras, and Chile. The protests in Hong Kong and Chile reached a substantial portion of the entire population. The popular unrest in Haiti, Iraq, Ecuador, and Chile resulted in security forces killing demonstrators (in some cases, dozens).  With the exception of Hong Kong, the protests were all triggered from the rising cost of living and reinforced by decades of increasing economic inequality from the politics of welfare retrenchment, privatization, and de-regulation.

Paul Almeida’s recent book, Social Movements: The Structure of Collective Mobilization, gives ample coverage of the rise of economic austerity protests and the factors most likely to push ordinary citizens to participate in protest and politics as a result of growing material threats to their livelihoods. He will be examining these processes with the Political Sociology and Global South Working Group at UCLA on Friday, November 1st in a discussion of his latest co-authored paper.

AMS 2019: Visit Us This Week in Boston
Just Follow the Tapes: JM Contributors Explore the Forgotten History of the Audiobook and the Queer Intimacies of Cassettes 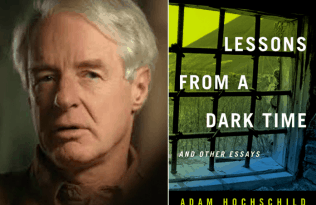 The Journalist with the Heart of an Activist