By John L. Geiger, co-author of Creativity and Copyright: Legal Essentials for Screenwriters and Creative Artists

A New York Federal District Court recently ruled in favor of comedian Jerry Seinfeld by rejecting a copyright lawsuit brought by writer-director Christian Charles, who claimed authorship and ownership of the wildly lucrative show “Comedians in Cars Getting Coffee.”[1]  But the Court dismissed the copyright claim without reaching the underlying merits of authorship and ownership.  Instead, the Court found that the lawsuit was simply filed too late, well after the three-year copyright statute of limitations had run.[2]  An appeal seems highly unlikely and without merit.  Has Seinfeld been completely vindicated, as his lawyers tout?[3]

Or, does Charles have an ace in the hole?

In 1949, Victor Desny telephoned Billy Wilder, a producer/director/writer for Paramount Pictures, and told Wilder’s secretary that he had an idea for a film.  At the secretary’s request, Desny forwarded to Wilder a synopsis of the movie idea and stated that, if the idea were used, he expected to be paid.  Wilder made the film, but Desny was not paid.

The California Supreme Court held, in Densy v. Wilder, that a contract claim based on an idea submission could succeed if:

Well, the second describes the context whenever production companies invite writers in to pitch!

Along with his now-dismissed federal copyright claim, Charles also pled a cause of action under New York state law for breach of implied-in-fact contract.  His allegations make a rather comprehensive narrative of authorship and ownership per his long-time collaborations with Seinfeld, and are set forth in my prior UC Press blog post, Comedians in Cars Getting Ideas, Ops. 1: Timing is Everything in Comedy, in Litigation, and in Litigation about Comedy.

What’s the status of Mr. Charles’ implied-in-fact contract claim under New York law?  Unlike the three-year period for copyright claims, a claim for breach of contract under New York state law has a longer, six-year statute of limitations.[9]  But is it long enough?

The clock stopped when the federal complaint was filed (2/9/2018), and now that the federal court lawsuit has been dismissed (9/30/19), thirty days afterwards (10/30/19) the clock will restart from the point at which it had stopped.[10]  So how much time, if any, remains on Charles’ six-year statute of limitations once the clock restarts?

The federal court did not—and did not need to—give the precise accrual date.  It was sufficient to opine that “Charles was on notice that his ownership claim had been repudiated since at least 2012,” several years outside the three-year copyright claim period.[11]  But what about the six-year contract claim period?  Charles’ pleadings seem to suggest that his claims accrued sometime in February 2012, so that’s when the clock would have started.  Filing the federal lawsuit on February 9, 2018 stopped the clock.  Days left or days too late?  Too close for us to call from here in the stands.  Or is there some theory that suggests a later accrual date?  Mr. Charles and his counsel need to make that call.  Seems, though, that when the clock does re-start on October 30, 2019, there might be time left for one last shot.

Or maybe not.  Perhaps this dispute—like so many Biz disputes—actually ends with a private and confidential settlement between/amongst the parties.

By the way, trivia question — what was the title of the 1951 Paramount Pictures film that resulted from Mr. Desny’s 1949 pitch to Billy Wilder’s secretary?

Ace in the Hole.

[2]  Title 17, United States Code § 507(b) — “No civil action shall be maintained under the provisions of [the Copyright Act] unless it is commenced within three years after the claim accrues.” 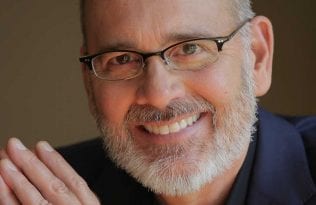 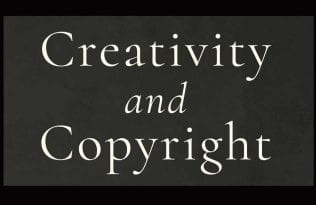 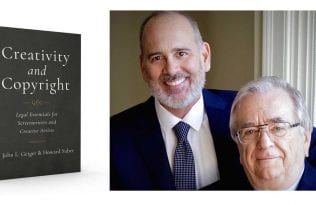 8/29: Creativity and Copyright Author Event at The Last Bookstore in LA 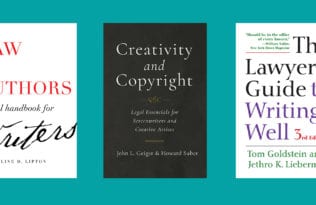