In the latest issue of Feminist Media Histories on the theme of “Activism,” Marisa Hicks-Alcaraz and Eve Oishi co-wrote the essay “Negotiating Political Identity in Community-Based Film Festivals: Perspectives from Curator/Scholar/Activists.” Oishi and Hicks-Alcaraz met as professor and graduate student in the Cultural Studies Department at Claremont Graduate University and soon discovered that they both combined research interests in independent and experimental media with curating work for community-based (Latinx, Asian American and queer) film festivals. Using their own experiences over the past twenty-five years, they reflect on the changing nature of film festivals as sites of negotiating, celebrating and challenging ideas of community. Here they interview one another on topics related to this history.

Marisa Hicks-Alcaraz and Eve Oishi will be speaking on a panel discussing “Feminist Media Histories of Activism” at this week’s annual meeting of the American Studies Association. Alexandra Juhasz, guest editor of FMH‘s “Activist Media” issue, in which Hicks-Alcaraz and Oishi’s article appears, chairs the panel and fellow FMH contributor, Mila Zuo, will also be presenting. The panel will be held on Sunday, November 10, 2019, from 8:00-9:45 AM at the Hawai’i Convention Center, Mtg Rm 308 B.

FMH is making articles from the “Activist Media” issue available online for free on a rolling basis. Please follow FMH on Facebook (@FeministMediaHistories) and Twitter (@FemMediaHist) for info and share using the ASA conference hashtag #2019ASA.

Marisa: How did you get into programming?

Eve: My programming work came out of personal networks. I was studying literature in graduate school in the 1990s, and I was spending a lot of time in New York going to film and video screenings, film festivals and other art events. As a result, I met a lot of artists whose work excited and inspired me, and I wanted to share their work with a wider audience. I began by organizing some film screenings at my university, and that opened up opportunities to do more curating at art galleries and film festivals. This process in turn fed my research, and it is undoubtedly the reason that my academic work turned from a focus on literature to one on film and video.

Eve: What has been your favorite program and why?

Marisa: My favorite program is the Latin American Cinemateca of Los Angeles’ annual Student Film Festival for middle and high school students, which I’ve organized since 2017. The festival aims to encourage, support, and celebrate inner-city student filmmaking. The enthusiasm of the students and their friends and families is immediately contagious. My hope is that when the students see their films screened at the festival, that they (as well as their families) can begin to envision themselves pursuing higher education, and correspondingly a career, in media arts, which remains predominantly white, male, heterosexual, and able-bodied. The festival is also an opportunity for adults to engage with the issues that youth from Los Angeles’ inner-city communities are most concerned with—concerns that are largely related to themes of teen suicide, racism, xenophobia, domestic violence, bullying, and mental health, as reflected in their films year after year.

While film and other forms of media have historically been used to marginalize, trivialize, and demean minority groups, they can also function as powerful vehicles for underrepresented communities to share their own stories. In the case of youth, their voices are often dismissed or ignored, especially those living at the intersections of race, gender, sexuality, and ability—and yet, something we’ve seen throughout history, as well as in recent years, is how youth mobilization energizes social and political change. Moreover, the democratization of interactive digital technology that allows today’s youth to produce videos on their mobile phones with free editing software and apps facilitates new modes of engagement, representation, and advocacy not possible in previous decades. My goal as the festival’s programmer is for our young filmmakers and their families to bear witness to the transformative power of media arts and digital technologies and be motivated to continue to utilize them as tools to empower themselves and to amplify their voices and vision. And in the process, participate in enacting the changes they’d like to see in the world.

Marisa: How do you see your curating as activism?

Eve: Film and video can be such enormously powerful and inspiring media, particularly when people are encountering them in the shared space of a film festival, which is often humming with so many different kinds of energies: creative, political, erotic, etc. Curators have a say in how audiences interact with the work: what they see, what the work is put in contrast and conversation with. In our curatorial work we are not just making statements about what work we think is interesting and important, but what the audience will take away from the work. Insofar as film festivals are sites of community formation and negotiation (as we argue in our essay), curators play a significant role in that process.

I have also always been especially committed to programming experimental work that may be difficult or unfamiliar for many audiences and trying to find ways to frame it in ways that allow all of its beautiful elements to shine through, and I consider this to be activism on behalf of experimental media or of the experimental impulses within all film and video. Finally, my curating work has fed my scholarship, which introduces the work to an even wider set of potential viewers and interlocutors.

Eve: What is the relationship between your curating and scholarship?

Marisa: In terms of my scholarship, I’ve always been interested in writing from the perspective of the “production” process and how it affects the meaning of the final “product” or “text.” My early work in graduate school has focused on the ways in which conflict and dissent play a part in the process of community building and identity formation in the film festivals I’ve organized programs for, specifically in my work with the Chicano International Film Festival. This subject is also a focus of our collaborative essay for this fall’s special issue. As curators, Eve and I have been able to observe firsthand the complex and ambivalent processes by which identity is negotiated, policed, challenged, and formed within film festivals that are themselves negotiating an evolving cultural and political global landscape.

My scholarly emphasis on process is further reflected in my recent work in co-curating a community-based digital archive of Latinx moving images. Rather than focus on just the archival material, this project looks at the complex process of community-building through the collective curation of an archive, calling for a digital preservation approach that focuses on building strong interpersonal relationships and community networks.

Marisa: What did you get from this project’s cross-generational exchange?

Eve: The idea for this essay developed organically out of conversations that Marisa and I have had about our various experiences as curators. When we were engaged in the work, neither of us thought that the mundane work that we performed as film festival programmers would provide fodder for future scholarship. We just experienced it as fun or frustrating, inspiring, boring or challenging. It was interesting to think back on those experiences and realize that they could help us understand broader issues within the histories both film festivals and community identity formation. It was also  fascinating to see how the advent of social media, which did not exist for most of my curatorial experience, has changed the speed, scale and nature in which these negotiations occur.

Eve: Same question to you: what did you get from this project’s cross-generational exchange?

Marisa: Firstly, I’m very grateful for the opportunity to have been part of this unique intergenerational feminist media activism and history project. As a graduate student, I feel lucky that my introduction to scholarly publication has actually been a departure from academic convention in its application of the feminist methods of collaboration and co-shared knowledge production. The countless conversations and exchanges of personal accounts with Eve has given me a language and political framework to better understand my own experiences navigating but also contributing to a larger process and discourse around identity, which, as our analysis shows, has been significantly impacted by the new scale of political engagement and activism on social media. Finally, our cooperative process has gone beyond our co-written essay as this project has manifested itself in various sub-projects, including an upcoming American Studies Association roundtable discussion with Eve; co-editor of the special issue, Alexandra Juhasz; and fellow contributor and filmmaker Mila Zuo; as well as in this co-produced Q&A. All of these exercises in interdisciplinary, intergenerational collaboration, including the exposure to the issue’s various other multimedia contributions and partnerships, such as Mila’s and her project partner Valerie Soe’s, have been transformative to my approach to scholarship.

This post is published as part of our blog series related to the American Studies Association annual meeting November 7-10, 2019 in Honolulu. #2019ASA 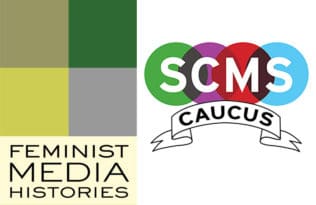