This blog post is reposted with permission from Amy L. Aines, coauthor with Roger Aines of Championing Science: Communicating Your Ideas to Decision Makers.

You may be surprised to find that what you say matters less than how you say it.  More than 250 attendees at the annual scholarship luncheon for the Lawrence Livermore Laboratory Women’s Association learned what it takes to create a strong, engaging presence and how to use voice, words and timing to gain support for their ideas.

I vividly remember the first time I set foot on a convention hall floor.  I stood in awe of the sea of wooden crates, and forklifts and teamsters buzzing around, unloading and assembling.  By the next day, what they created was a small city’s worth of exhibits for what was my first Telecommunications Industry Association trade show. I was in Washington DC. On my first business trip.  I was 22. Just a few months earlier, I was hired as a marketing assistant for Coastcom – a company that made T1 voice and data multiplexers.  I was on a steep learning curve.  Looking around at this event I quickly discovered that I was an anomaly.  I was one of a few women anywhere to be seen.

Since that trip to Washington, my work has taken me a lot of places. Almost always I’ve been in the orbit of scientists and engineers and technologists. So, it’s no surprise that much of my career was spent working in a man’s world. Especially in telecom and the heyday of the wireless industry.  Rather than focus on gender difference, I chose to focus on learning as much as I could and how I could add value.

Adopting that mindset early on was in large part thanks to my parents who gave me the gift of believing in myself.  Over many dinner conversations, my dad shared his wisdom.  He taught me that no matter what someone’s title or position is– how much power they have – what floor their office is on –, at the end of the day we are all just people – doing our jobs.

In this two-part blog, adapted from my recent keynote, I share some pointers and strategies on how to show up, speak up and get your ideas heard.  I want to outline four things to tune in to, starting with your physical presence.

Back in the mid 1960s, Dr. Albert Mehrabian, a researcher and communications professor at UCLA, developed a communication model that’s widely – and often incorrectly – quoted. It was based on research done with 37 female psychology majors, saying a single word.  The word was ‘maybe’.

Mehrabian was trying to understand what impacts our perception of meaning.  From this research he concluded that we derive meaning from three things.  Only seven percent comes from the literal content of the message. Thirty-eight comes from the speaker’s voice, and the remaining fifty-five percent from body language including facial expressions and gestures.

I believe words matter. I’ve dedicated my entire 40+-year career to helping people and organizations find the right words.  I don’t believe that a full 93% of meaning comes from body language and tone of voice. That said, I do agree that how you show up matters a lot.

When you want your ideas to be heard, you have to exude confidence
Confidence is contagious. When people sense that you are confident, they are more likely to be confident in you. So, what does confidence look like?  It’s tall posture.  It’s about the space you take up in your chair or the room. It’s expansive gestures.  Draping your arm across the back of a chair. It’s jumping up to the whiteboard to draw out your idea. Think about the advice you’ve heard about what to do if you are out hiking and run into a mountain lion.  Do you shrink?  No!  You try to appear as big and forceful as you can. The same principle applies.

Taking up space is important when you want your voice to be heard.
One reason it’s challenging to get your ideas heard is that people don’t listen fully – especially in meetings.  That’s because they are often thinking about what they will say next.  Your voice has to capture attention.  You have to find your commanding voice.

I gave this advice to my youngest daughter Erica recently. She is 25 and with her face full of freckles and energetic demeanor, she looks like she could be 17.  She loves kids and animals. She’s planning to teach elementary school after she finishes her master’s in education. Last fall she was working at an afterschool program and having trouble getting large groups of kids to listen and follow her instructions.

The other thing to know about Erica is that she started barrel racing when she was 12.  And she has a very well trained six-year old chocolate lab.  Erica knows how to get horses and dogs to behave!  So, I simply reminded her that she has a commanding voice when she needs to.  So now she just imagines that she’s looking out at a big litter of puppies – instead of kids – and she finds her “I’m in charge” voice.

Find Your Commanding Voice
Erica’s commanding voice comes from deep within. It stems from the confident feeling she has of being in command on the back of a horse.  Where do you feel most sure of yourself?

In our culture, many women are not taught to take up space or to assert themselves. Some have often felt the need to be more like men in business settings.  That’s why the late British Prime Minister Margaret Thatcher took voice lessons with a speech coach to sound more authoritative. It worked.  She became known as the Iron Lady!

It’s why Elizabeth Holmes the world’s youngest female billionaire and former CEO of Theranos – who fell from grace over false product claims about revolutionizing blood testing – intentionally spoke in an affected voice. She lowered her voice to an unusually deep baritone when her real voice sounded more like that of a young woman. This is how she tried to find her commanding voice.

The Power of Your Authentic Voice
I don’t believe you have to fake your voice to get people to listen to your ideas. When you believe your ideas add value, you naturally speak with more conviction and authority. You speak up in your own authentic voice. Keep in mind that you can also sound more authoritative if you speak slowly and deliberately.  Sometimes we rush what we say out of excitement or nerves.  That won’t serve you well when you want to get your ideas heard.  The other voice to tune in to is your inner voice – that voice inside your head. We all have one.  What are you saying to yourself?    How much do you value your own ideas?Are you struggling with self-doubt?  If you have to, give yourself a pep talk to encourage yourself to speak up and offer your ideas.  Remember, your ideas matter! It also helps to think through what you plan to say.  The next installment [coming next week] takes up the topic of your words. 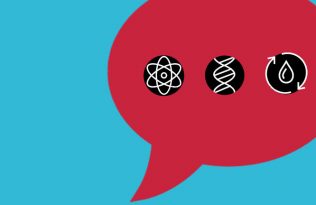 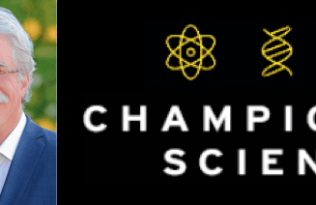 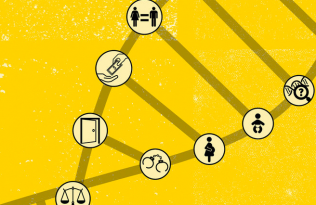 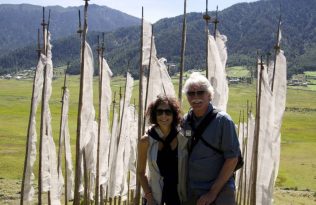