A folklorist and ethnomusicologist by training, Ivey’s background is in popular and vernacular art, not the classical European high art tradition. He sees quilting, the blues, and gospel as expressions of cultural heritage as important when conceiving of American art as painting, symphonies, and the opera. When asked about this egalitarian definition of art

in an interview with Charlie Rose, Ivey laughed and said “Being a folklorist is both a scholarly pursuit and something of an emotional commitment.”

Ivey is nothing if not committed to the ideal that in order to honor the many different cultures that make up the American landscape the artistic traditions associated with each of those traditions. Listening to him describe the role of art in culture, the lines between highbrow and lowbrow all but disappear.

Also surprising is Ivey’s portrayal of art in today’s economically beleagured landscape as a viable industry. He has made the case that adding arts funding to the economic stimulus plan is not a luxurious frivolity, but necessary for combating the growing unemployment amongst the nation’s 2 million working artists. He bristles at the suggestion “That an arts worker is not a real worker, and that a carpenter who pounds nails framing a set for an opera company is a less real carpenter than one who pounds nails framing a house.” Ivey points to the music and film industries as a prime example of arts that are significantly profitable industries. Much like FDR’s Works Progress Administration did during the Great Depression, Ivey want to make it a priority to put artists back to work. But Ivey’s concept of arts is not wholly in terms of profitability. He sights the theater as a prime example of a field well balanced between a self-sustaining economic models, like Broadway, and a non-profit models, community theaters for example, that focus on fostering a thoughtful cultural heritage. The art that is profitable is not always that which pushes the envelope or preserves cultural values. But preservation and experimentation need not be exclusive of profitability. Miami’s expansive art fair, Art Basel, is a prime example of the meeting between cutting edge art and lucrative investments.

Ivey advocates the role of government in arts need to expand past being narrowly concerned with keeping up funding in the public, non-profit sector, to overseeing issues that seriously impact for profit art industries. Tax law, copyright law, media ownership deregulation, and the value of cultural diplomacy art at the top of his list of topics that need be addressed by the national government, if it is to play a vital role in culture.

Perhaps it is not an overstatement to say that Ivey is exactly the national administrator and advocate American culture needs right now; pragmatic, inclusive, incisive, and diplomatic.

To read more about Ivey’s views on art and culture in America, order his book “Arts, Inc.” today on ucpress.edu and save 20%. Use code 09W6936 in the shopping cart at checkout. 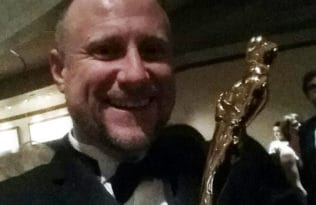