By Thurston Domina and Benjamin G. Gibbs, editors of Education and Society: An Introduction to Key Issues in the Sociology of Education

In the past few months, our media has obsessed about the scams C-list billionaires and celebrities use to get their kids into college, striking teachers and their demands for higher pay, a group of privileged Catholic school boys arguing with a Native American protestor in the National Mall, a sharp exchange between presidential candidates about school desegregation, and a series of scandals about school efforts to shame kids and their families into paying back their school lunch debt. And that’s well before the wave of back-to-school stories that hit the news cycle every September.

Education’s central place in our national conversation isn’t surprising. Youth around the world spend their formative years in school: working their way through reams of photocopied worksheets, bubbling in the answers to thousands of multiple choice questions, and negotiating countless complex social encounters in locker-lined hallways. Throughout, they look for opportunities to prove their merit and get ahead in what often feels like an intense competition, knowing that their educational experiences will potentially shape every aspect of their futures: not only where they will work, but where they will live, who they will marry, and even how long they will live.

Education is an incredibly complex and even contradictory institution in contemporary life. Education & Society reflects the collected effort of generations of sociologists of education to make sense of that institution. In it, many of the discipline’s leading lights contextualize education as a global phenomenon; investigate the ways schools organize themselves and instruction; take on a wide range of questions including issues about the role schools play in constructing—and combating—race, gender, class, immigration status, and sexual orientation inequality; and, throughout, ask how we might organize education to help bring about a brighter future.

The book brings together some of the best evidence currently available on education and its place in contemporary society. In a series of first-person essays written by the fields’ rising stars, it invites students and other readers into an ongoing conversation on the sociology of education. 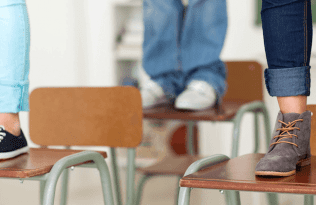 What Education and Teachers Mean to Us