By Robert N. Spengler III, author of Fruit from the Sands: The Silk Road Origins of the Foods We Eat

This post originally appeared on robertnspengler.com and is repurposed as part of our blog series for the annual meeting of the American Historical Association, January 4-6 in New York. #AHA20

You have heard of Marco Polo and the mythical Scythian warrior nomads of the Eurasian steppe, and you are likely aware of stories of ancient Central Asian empires, lost in the desert sands. The prehistory of the western half of the Asian continent is so deeply intertwined with fictional stories that few people in Europe or East Asia know the true history of the peoples that occupied this region in the past. While these peoples have been overlooked by history, they left a profound impact on the modern world and the legacy of Central Asia’s past is seen all around us today. Exploring this legacy, I focus on how the ancient exchange routes through Central Asia directly shaped the foods that you eat today and the ingredients in your kitchen.

Many people think of the great Silk Road as a mirage in the shifting sands of time; however, the ideas and goods that once moved across Eurasia directed the course of human history. Merchant caravans, passing through the mountain valleys and desert oases of Central Asia, directly shaped aspects of culinary traditions across the Old World. Recent archaeological findings have shown that as far back as the third millennium B.C., domesticated crops were diffusing across two continents. This process of ancient globalization led to a diversification of culinary traditions in Asia, Europe, and North Africa. In this book, I present first-hand research conducted at over a dozen archaeological sites spread out from Mongolia to Pakistan. I show that, over the past two millennia, the trade routes of the Silk Road brought almonds, apples, apricots, peaches, pistachios, rice, and a wide variety of other foods to European kitchens. In Fruit from the Sands, I bring together scholarly sources from across the biological and social sciences, pulling on information from archaeology, biology, Classics, Sinology, ethnohistory, and history. I present the fascinating story of the origins and spread of agriculture across Inner Asia and into Europe and explore the spread of domesticated plants along the historical Silk Road.

In following camel caravans across the desert sands of the Kara Kum, Taklimakan, and Gobi, this book lays out numerous untold stories relating to humanity’s greatest accomplishment: the domestication and spread of the food we eat today. This book represents a story pieced together while working in laboratories in Europe and America and digging through the sediments of the past in Asia. I spent over a decade compiling these chapters and built the story in collaboration with scholars from Kazakhstan, Uzbekistan, and Turkmenistan, as well as many European, East Asian, and American colleagues. The book also draws on a deep and rich Soviet scientific legacy of scholarship. My years of experience working in Central Asia have helped me gain access to archives, archaeological sites, and comparative collections that are not accessible to most people. Fruit from the Sands represents the culmination of all of this research and presents a significant contribution to both history and science, it lays out many new discoveries that have not been synthesized outside of academic journals.

Ottoman Constitutionalism
Justice and Inclusion in Global Latin America: The Case of Potosí 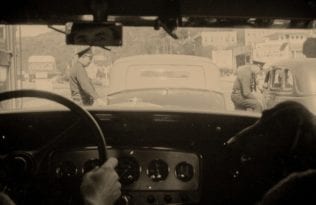