excerpted from Wilted: Pathogens, Chemicals, and the Fragile Future of the Strawberry Industry by Julie Guthman

The appearance of Fusarium and Macrophomina in California’s strawberry fields, where they had supposedly never been before, returns me to questions about how these fungi came into being as pathogens. If it was solely a change in fumigation regimes responsible for these recent outbreaks, one would have to ask why these two diseases were not apparent before the advent of fumigation. In keeping with a topographical understanding, some have theorized that they were introduced, presumably after growers regularly began fumigating. However, the evidence for this theory is stronger for Fusarium strains than for Macrophomina.

Pathologists working on the Fusarium oxysporum species tend to think that the strain pathogenic to strawberries was introduced, based on observations that this species is prone to creating new strains through processes such as horizontal gene transfer. Horizontal gene transfer can occur when two different but closely related strains fuse to the extent that the nuclei come together to create a nucleus of both. Of the three pathogenic strains of this subspecies found in California, one of the isolates looks much like one from Japan, where a pathogenic strain was first found. They thus believe that the strawberry strain came from Japan, likely arriving with host plants. In contrast, there is nothing in Macrophomina’s genetics or distribution to suggest a recent introduction.

Others posit that both of these fungi were present all along, part of the soil fabric, but escaped detection until recently. Their reasoning follows a topological understanding of disease. Although the approach more generally considers the conditions of possibility that allow a disease to appear, the key supposition is that the intensity of interaction acts as a tipping point to make the disease salient. Surely such intensities are more likely with monoculture more generally, but there are additional changes post–methyl bromide that might have been the tipping point for these two diseases. One is that the plants have become increasingly stressed, while the fungi do particularly well in the abiotic conditions that stress the plants. Macrophomina, for example, is particularly adept at surviving under adverse environmental conditions, such as low soil nutrient levels and temperatures above 30 degrees Celsius. Researchers in California have found that diseases from all of these pathogens are often more severe if the infected plant is subject to weather extremes, water shortages, and poor soil conditions, including salinity—precisely the conditions that California was seeing in the 2010s, when several years of drought had set in. Interestingly, they have also found that these infections are more severe when the plant carries a heavy fruit load.  The irony that the much-desired productivity that fumigation enhances also causes stress seems to have thus far been lost on many a scientist and grower. But the point hasn’t been lost that global climate change may be intra-acting with the rest of the assemblage to bring new pathogens into being.

Other possible tipping points are simply outside the scope of current agricultural science but not lacking plausibility. Given that some fungi also exchange genes in nonreproductive encounters, it is possible that Fusarium and Macrophomina have inherited genes to make them more virulent, or the host has received genes to make it less resistant. It is possible that virulence is worsening through epigenetic changes—methylation processes that make the strawberry plant more vulnerable or the fungi more determined. It is also possible that the plant’s always changing and highly variegated microbiomes (referring to the microorganisms that live in or around bodies and are increasingly believed to play a role in health) have made strawberries more susceptible. And therefore it is certainly possible that the scorched-earth approach of fumigation itself has promoted those genetic, epigenetic, or microbiomatic changes. These are exactly the sort of suppositions that the “postmodern” biological synthesis and post-genomic science propel. Once, that is, we understand evolution to be much more indeterminate and organisms much more plastic than previously thought, any transformations to the soil ecology, pathogen, host, or even chemical reactivity could alter the entire assemblage, creating many paths to the virulent presence of ostensibly novel pathogens.

When I discussed these possible explanations with a renowned fungal biologist in 2017, he added several more. And yet, when I posed questions along these lines to the applied scientists with whom I spoke, some were intrigued, but several gave responses ranging from “that’s an interesting thought but of no practical importance,” to “that’s unlikely,” to the most piquant suggestion that my speculations were fantasy.

That these suppositions not only have been unexamined but have even been dismissed by agricultural scientists does not meet the bar of deliberate suppression of knowledge. To the contrary, much of this science remains “undone” because the questions were not even evident for a long time. If the pathogens themselves were immanent in both their material form and hence as objects of knowledge, questions of how they arose and interacted ecologically were necessarily “unknown unknowns.” Once the fungi became pathogens and objects of knowledge, however, the science remained undone because of the nature of agricultural science and the business of repair. They were studied largely by plant pathologists, whose function was not to understand their coevolution, but to manage them on behalf of an industry. And once chemical fumigation became the way to manage them, understandings of their complexity became irrelevant. Writing on German soil science in the early part of the twentieth century, historian of science Frank Uekötter argues that very thing. He shows how the availability of easy fixes such as agricultural chemicals made unnecessary and even wasteful more time consuming investigations of complex ecological relations that would inevitably yield less definitive answers—and would simultaneously frustrate the clientele of agricultural science.

So, just as the fungi were not pathogens until they noticeably killed things of value (in this case cultivated plants), knowledge supporting alternative explanations for pathogenesis was not produced or circulated because it wasn’t useful to an industry that became wedded to fumigation. The availability of effective fumigants, in other words, precluded the search for ecological understandings. As quoted in the opening epigraph, “You don’t need to know the biology if you can kill it.” Unfortunately that seems no longer the case, especially as the primary means to kill the pathogen may have indeed changed it.

Meanwhile, few would disagree that becoming a pathogen has relied on intra-acting with a susceptible host. Arguably, this host plant lacked resilience and wasn’t ready to withstand the onslaught. is plant was wasn’t born this way, though; it was bred. 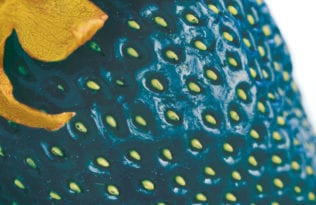