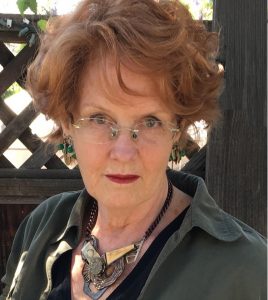 We sat down with Irwin to talk more about her areas of expertise, her thoughts on the journal, and how she thinks California History will shape the future of the field.

I began studying California women’s voluntary associations when I was completing my master’s thesis at San Francisco State University. My theory was that local women were behaving as political actors in mid-century San Francisco, even though they could not vote, by collecting and distributing charity and providing social welfare services. I initially focused on elite white women’s organizations because they were the most successful in influencing social and political leaders, typically elite white men, often members of the women’s own families. My research expanded, as research does, to include Jewish women’s organizations and political activism by women of color.

These projects morphed into my work as an editor. When the authors of two different anthologies asked me to contribute chapters, I ended up becoming editor of both books. This was where I discovered my secret superpower: editing authors without making them hate me. That was also the challenge when I joined the team behind the classic California history textbook Elusive Eden: A New History of California. The original authors wanted me to bring the narrative into the 2010s and to add recent scholarship on women, California Indians, African Americans, Asian Americans, Latinx, and others. The publisher complicated the task by refusing to make the book longer. This put me in the delicate position of having to convince these respected, successful scholars to cut text, sometimes entire pages, from their chapters, so that I could add “my” new material. Some nail-biting occurred. Fortunately, we made it through the process and were still friends when the book came out. 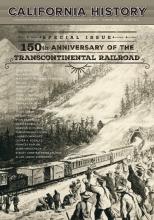 What drew you to editorship of California History?

It’s California History! The first issue was published 97 years ago—I was barely out of grammar school then. Quoting current editor Josh Sides, it began in 1922 as the hobby of “gentlemen historians” and developed into a scholarly journal. It has served the academic community for decades as a place to share top-notch scholarship.

How do you anticipate California History will influence the scholarship in your field?

As California History‘s webpage says, it will go on “showcasing exceptional scholarship, engaging writing, and innovative research,” and remain “essential reading for students and scholars of the history of California and the West, as well as California residents curious to understand the imprint of the state’s rich past.” But future issues of California History will emphasize our interconnectedness to all of the American West, the Pacific Rim, and the world at large. What happens in the world matters here, and vice versa. California is a global presence. To use the crudest measure, in 2018 Fortune ranked California’s economy the fifth largest in the world, behind only the United States, China, Japan, and Germany, pointing out that “the state has 12 percent of the nation’s population, but contributed 16% of total U.S. job growth between 2012 and 2017.” The economic engines behind this extraordinary statistic: California’s technology sector and Hollywood. Going forward, California History readers will see articles about the history and evolution of technology, social media, popular culture, film, and television, to name a few, new directions for California History but familiar ground for the historians and scholars on our editorial board. We hope California History will stimulate scholars, teachers, and curators to think beyond their academic and professional silos, and to explore the connections between the social and natural sciences, especially those that impact us in California.