Author Maxine Gordon continues her extensive tour of speaking engagements and presentations around the release of Sophisticated Giant: The Life and Legacy of Dexter Gordon, the highly-praised official biography of her late husband.

“Maxine Gordon astutely frames the fiery daring of Dexter Gordon’s generation of bebop innovators in the context of rising black consciousness and creative agency in midcentury America…“Sophisticated Giant” is a work of considerable sophistication, the first-person testimony of its subject employed with affectionate discipline, smartly contextualized and augmented by material from interviews Maxine Gordon conducted with the tenor saxophone masters Sonny Rollins and Jimmy Heath, the record producers Bruce Lundvall and Michael Cucsuna, and others.”

Jazz and culture aficionados will be delighted if they are in the area and able to attend one of the below events:

Not coming to your town? Sophisticated Giant events will continue, including the Monterey Jazz Festival and more. Stay tuned here or visit www.maxinegordon.com for ongoing event details.

Save 30% on Sophisticated Giant: The Life and Legacy of Dexter Gordon with promo code 18W8495.

Atonement: What Reparations Can Look Like in 2019
On Scholarship, Activism, and Swag: Reflections on AUPresses 2019 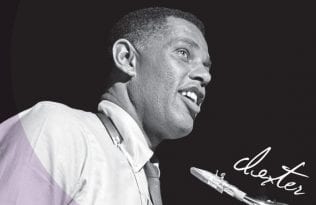 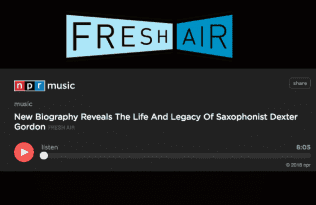