For people in rural Mexico, emigration has often been a catalyst for political change. In the 1990s and early 2000s, Mexican pueblos confronted U.S. exclusion and “illegality” just as their own country opened up to new political parties and privatized and decentralized state resources. Though indigenous villages were historically isolated from Mexican politics, democratization and decentralization made them battlegrounds for political control. In particular, the state of Oaxaca legalized the long-standing indigenous self-governance system of Usos y Costumbres. Yet, the government also began pressuring indigenous people to dismantle their traditions of public service and autonomy. Since indigenous villages often excluded women, “women’s rights” also gave the state an excuse to dismantle indigenous control. At the same time, the PRI also created new funds, including for “women’s empowerment.” If migrants and their allies took over a village, they would gain access to such funds. Despite the ostensible independence of indigenous pueblos, many faced clashes over local control. Municipal governments were now a strategic arena in which to challenge the PRI. The changes laid the terrain on which migrant-sending hometowns remade their Mexican citizenship, in dialogue with the growing attacks their counterparts in the United States.

But how did migration play into these shifts? Traditionally, scholars argued that migration was a political “safety valve,” allowing people who might otherwise protest to leave the homeland instead. Others are interested in how migrants’ remittances and “voice after exit” might have the opposite effect, fueling hometown growth or democratization. Yet emigration still seems to encourage democracy, development, and gender equity in some hometowns, while making others less secure. Studies of migration and development remain largely divorced from the realities of U.S. exclusion. In my book, Undocumented Politics, I illustrate how people in the homeland adapt their political strategies to their perceptions of migration, including negative images of the United States. As Mexico evolved, I show, villagers forged new forms of citizenship on the sending side. Yet they did so quite differently. Each community’s political pathway—including its historical power dynamics, the particular kinds of state control its migrants faced in California, and the character of its migrants’ transnationalism—provoked distinct reactions in Mexico.

To illustrate this, here is an excerpt from Chapter 5.

UC Press Titles Nominated for the 2018 C. Wright Mills Award
Drug Policy and Social Justice: It’s Time to Think Outside of the Box 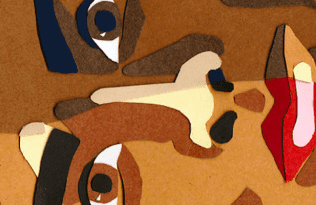 A View from the Southern Border