By Greg Beckett, author of There Is No More Haiti: Between Life and Death in Port-au-Prince

Earlier this year, antigovernment protestors launched a coordinated series of roadblocks, barricades, and marches that shut down Port-au-Prince for weeks. The protests were sparked by anger over lavi chè (the high cost of living) and by a corruption scandal that has implicated key members of the government, including the president. The current crisis in Haiti is part of a larger story, one that is all-too-often framed in terms of failure and tragedy. Such accounts ignore the fact that Haiti is not just a poor country—it is a poor country that has been actively made poorer by decades of development assistance and humanitarian aid. If there is a failure, it is the failure of an international system and a global economy that, together, have systematically deepened inequality and worsened vulnerability in places like Haiti.

We must resist the tragic sensibility that casts Haiti as a failure and reclaim hope as a political stance. This is why I reject tragedy as an explanation of crisis in my book, There Is No More Haiti, where I argue for a distinction between a sad story and a tragic one. This distinction matters because in tragedy the end is always preordained. The essence of tragedy is that we can never escape our fate. The saddest part of the story of crisis in Haiti, or anywhere else in the Americas, is the realization that things could have been different, that what has happened did not have to happen and does not have to happen again. When faced with enduring crisis we must admit to sadness and despair, but we should also embrace hope, however fleeting it may feel. We must cultivate a radical hope, one that dares to dream that those who have died will be remembered, that those who are hungry will be fed, that those who are homeless will be cared for. We need to reclaim the right to a future—a future filled not with disaster and crisis but with something else entirely, with something we may not be able to name but that we can nevertheless imagine as good and just. We need a hope rooted in the recognition of the region’s remarkable history, a history that includes unthinkable events like the Haitian Revolution. When we remember that the impossible has already happened here, in our America, we are better able to see new possibilities waiting for us in the as-yet unwritten future. 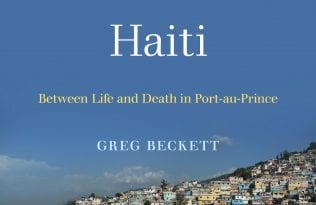 The High Cost of Living