By Abigail Leslie Andrews, author of Undocumented Politics: Place, Gender, and the Pathways of Mexican Migrant,

In Undocumented Politics: Place, Gender, and the Pathways of Mexican Migrant, author Abigail Leslie Andrews offers a gripping inquiry into migrant communities’ struggles for rights and resources across the U.S.-Mexico divide. Living for twenty-one months with two groups of migrants and their families in the mountains of Mexico and in the barrios of Southern California, Andrews reveals how local laws and power dynamics shape migrants’ agency of their own lives.

Below is an excerpt of Undocumented Politics and how hometown villagers react politically to emigration.

In 2004 the citizens in Partida held a meeting. Gathering all day at the village hall, they lamented the apathy and “egotism” of their counterparts in Los Angeles. Many argued that emigrants were abandoning the commune, while those at home were “killing themselves” to sustain the pueblo. They questioned migrants’ “Americanized” notions of dismantling community-service requirements or giving women the right to vote. They decided it was time to formalize their stance. Over the next few years, they codified their communal structure and made demands of those who had left. In the resulting statute, they proclaimed,

The community of Partida agrees to continue enjoying its lands and natural resources in a communal manner, that being the closest to our way of life and form of community organization . . . [including] the participation of all community members [as well as migrants] to maintain the core institutions of the community, including tequio [communal labor], the cargo system [civic posts], cooperaciones [monetary contributions], the fiestas, the assembly, the way of life, and the heritage of the community.

The hometown highlighted that emigrants were comuneros  (members). If migrants did not contribute their time and money, villagers would reclaim the land and houses they still had in the village, dump their belongings just outside of town, and throw the migrants in jail should they try to return.

Partida’s statute was not just an internecine quarrel between migrants and those “left behind.” It was also a shield against state attacks on communal landholding and political participation. Starting in the 1990s the Mexican federal and Oaxacan state government started pressing indigenous villages to dismantle Usos y Costumbres, open up to political parties (which were banned under the indigenous system), and turn over common resources to individual property and corporate control. State agents also argued that indigenous self-government should be dismantled, to give women equal rights. In Partida, however, many people dismissed women’s participation in politics as an external intervention. They used their community statute to defy these outside demands, legally and symbolically. By codifying their collective, male-run structure, villagers positioned themselves against the individualistic ideas of “modernization” promoted by both migrants and the homeland government.

Residents of Retorno also faced radical changes driven by both migrants and the Mexican state, but they responded differently. Instead of rejecting political parties, they aligned themselves with the left-wing PRD. They also collaborated with their long-distance counterparts, particularly through the Frente Indígena Oaxaqueño Binacional (FIOB; Oaxacan Indigenous Binational Front). With the help of these allies, villagers challenged the longtime corruption of the local- and state-level PRI. They demanded resources, insisting that Oaxaca’s government deliver roads, irrigation, health services, and productive projects. They also took advantage of the emerging mandate for “women’s empowerment” to garner more state support. In the process women in Retorno began to vote and take on political posts for the ﬁrst time in history. Thus, they staked their claim to resources and representation.

Breaking the Silence on Harassment and Ethnographic Fieldwork
Miami: The Global City 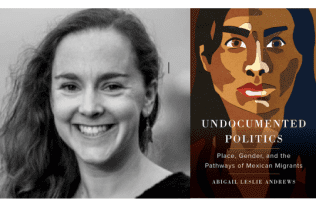 Backlash or Alternative Globalization?: How Mexican Hometowns React to Migration