by Robert L. Kendrick, author of Fruits of the Cross: Passiontide Music Theater in Habsburg Vienna

This post is being written just at the time of the liturgical year at which the pieces discussed in my book would have been performed. This is a good occasion to note two updates to my post from earlier this year.

First, a new recording of one of the works discussed in the book has just come out, thanks to the work of TENET Vocal Artists and ACRONYM, who have joined forces to make the first commercial recording of a sumptuous work by composer Johann Heinrich Schmelzer (1623-1680), a sepolcro set in the tomb of Christ.

In addition, a story on Austrian Radio notes the continuing presence, and even a modest revival, of the kind of constructed Holy Sepulchres which functioned as a physical backdrop for the seventeenth-century Viennese repertory that the book discusses. Although I mention these still-existent constructions, the uptick in interest seems relatively recent, and not noted in the media until this story. 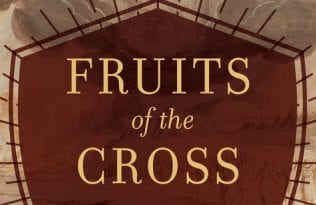