by Norman A. Kutcher, author of Eunuch and Emperor in the Great Age of Qing Rule 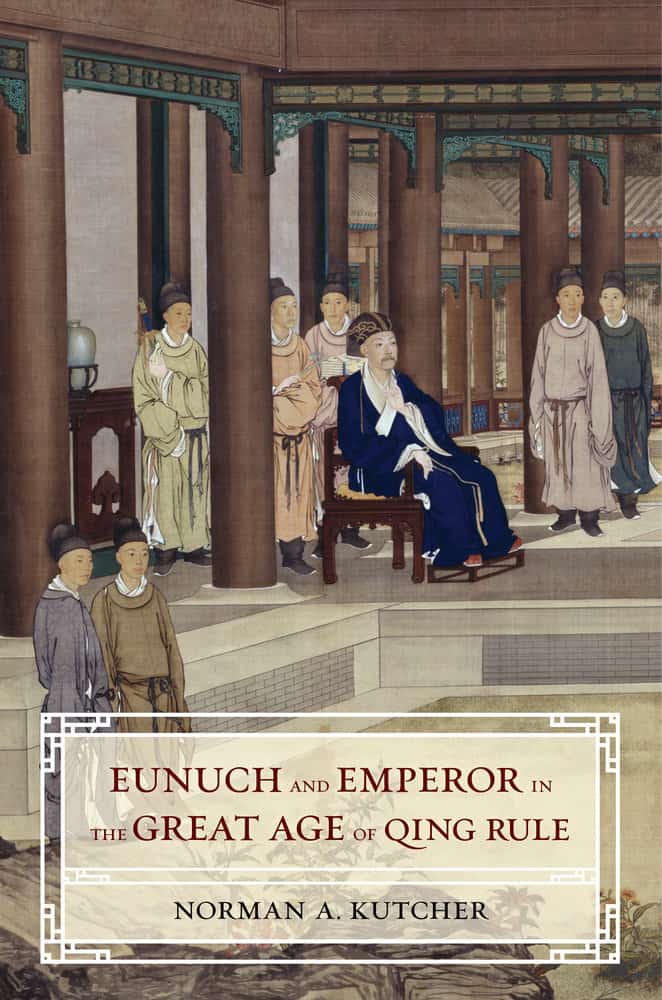 Can a government function without unofficial officials—that is, without the men and women who work behind the scenes at the behest of those formally appointed to office? In the case of the Chinese empire, at least, the answer would seem to be a resounding no. Whether at the local level, where magistrates employed clerks and runners to carry out their bidding, or in the inner circles of power, where emperors’ closest aides and advisors were sometimes imperial relatives or eunuchs, the Chinese government, like so many others, could not function without networks of such individuals.

Among such unofficial officials, it was certainly the eunuchs who were most important. From earliest Chinese government through the end of the last dynasty in 1911, they played vital roles as imperial aides, advisors and confidants. While the origins of and rationale for the practice are shrouded in obscurity, by the late empire it was widely asserted that Chinese eunuchs were made so in order to ensure the purity of the imperial line. Yet most eunuchs had little or no contact with imperial womenfolk. Instead, they worked in a wide range of duties in and beyond the palaces. Gardeners, craftsmen, operatic performers, priests, and others, when employed by the emperor, were obliged to undergo castration.

It was a minority of eunuchs who fulfilled the role of imperial aide, fewer still who served as advisors. Yet Confucian authors anguished over eunuchs’ potential for misleading, even hoodwinking, the sovereign. These authors despised the eunuch institution, not least because the alteration of the body was considered an affront to ones parents. And these writers could point to numerous examples in history in which eunuch advisors had become wildly corrupt, hastening the fall of some of China’s most illustrious dynasties.

Because of the Confucian distaste for eunuchs, their important roles at the center of power have largely been forgotten—save for those instances where eunuchs became notorious for their misdeeds. Consider, for example, the largely forgotten Wei Zhu. Born in the mid 17th century to a poor family on the outskirts of Beijing, he went walking one day with his grandfather in the Haidian district of the city. The pair stumbled on a dilapidated temple. As they remarked on the temple’s former grandeur, a Daoist appeared, and foretold that one day a great man would rebuild the temple. Then and there, Wei Zhu pledged that he would become that great man. As a poor boy, the chances of Wei succeeding in the official examination system were slim, so he became a eunuch instead. He rose quickly through the ranks, finally becoming a top advisor to the Kangxi emperor (r. 1662–1722). Kangxi was fascinated by science and mathematics, and it was said that Wei’s achievements in those areas endeared him to the emperor. But Wei also proved himself an adroit diplomat, and served the emperor admirably during the ambassadorial visit of Count Leoff Ismailoff, dispatched from Russia by Peter the Great.

As Kangxi aged, he came to rely more and more on Wei Zhu’s advice. And as the emperor’s sons squabbled and vied to fill the power vacuum that would open on their father’s death, Wei became a gatekeeper to Kangxi, ensuring that none of his sons could speak to their father without the eunuch’s permission. When it was time for Kangxi to choose the son that would succeed him, it was in all likelihood Wei who nudged him to choose his fourth son, who would become the highly successful Yongzheng emperor.

Though Wei Zhu served Kangxi admirably, he would become a thorn in the side of subsequent emperors. It was said that in the end Wei Zhu had become corrupt—that he had built a house that encroached on imperial land, and that he had been bribed by Yongzheng’s fabulously wealthy brother. Kangxi’s son and grandson kept Wei locked in the circular city, an island in what is today Beihai park, just outside the Forbidden City. From there, Wei maintained a network of contacts that was the envy of many. Bored in his confinement, he grew gourds in intricately carved molds, which he crafted into exquisite musical instruments and sold.

In the end, perhaps, Wei Zhu, who did become wealthy enough to rebuild the dilapidated temple, came to confirm some of the worst fears of Confucian authors. Seemingly, he put his own interests above those of the empire. To Confucian writers, this represented the defect in the eunuch character, and the imbalance castration created between yin and yang. Yet the plight of Wei Zhu was not a function of his castration. Instead, it had more to do with his status. Unofficial officials survive solely at the discretion of those they serve. When deprived of their patrons, they are unprotected and thus liable to risk threatening the system to protect their livelihoods. In this way, the Chinese system was little different than any other.