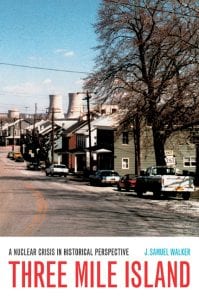 On March 28, 2019, we will mark the fortieth anniversary of the Three Mile Island accident, which was then and still remains the most serious accident by far at a nuclear power station in the United States. The plant, located on the Susquehanna River near Harrisburg, Pennsylvania, suffered a severe loss of coolant that, researchers later discovered, caused a meltdown of the reactor core and irreparable damage to the facility. It also produced high anxiety among federal and state government officials, and, with good reason, among the population of the region for five acutely tense days after the accident occurred.

Despite the enormous destruction that the accident caused to the plant, it did not allow the escape of hazardous amounts of the most dangerous forms of radiation to the environment. The safety systems designed to protect the public were tested as never before, but in the face of a massive meltdown, they held. Unlike the later nuclear power accidents at Chernobyl (1986) and Fukushima (2011), the Three Mile Island crisis did not turn into a disaster. According to extensive measurements taken by the U.S. Nuclear Regulatory Commission, other federal agencies, the state of Pennsylvania, and the utility that operated the plant, it did not seriously contaminate the surrounding area with radioactive isotopes that are most likely to cause cancer and other illnesses. Although the accident released a large volume of noble gases, which do not combine with bodily tissue, it discharged only tiny quantities of iodine-131 and no strontium-90 or cesium-137.

A team of researchers from the Graduate School of Public Health at the University of Pittsburgh, headed by Evelyn O. Talbott, reported in 2002 that they found no increase in rates of “radiosensitive” cancer mortality attributable to Three Mile Island among a cohort of 32,115 people who lived within a five-mile radius of the plant between 1979 and 1982. The study included members of the cohort through 1998, a period long enough for slow-developing cancers to show up. The richness of the data used in this project made it the gold standard of Three Mile Island epidemiology.

But it was not convincing to everyone who lived in the area of the plant. One study that claimed, on much weaker evidence, that the accident had elevated the incidence of leukemia and lung cancer was embraced by some residents. In a British Broadcasting Corporation radio program on Three Mile Island that aired in 2006, Stephen R. Reed, who served as mayor of Harrisburg for many years, contended that the levels of radiation that escaped the plant during the accident were orders of magnitude higher than federal or state authorities had reported. He did not explain to BBC listeners, however, how those agencies and several commissions that investigated the accident had managed to conceal such high levels of radiation, which, after all, cannot be hidden, or why they would agree to engage in such a huge and dishonest cover-up.

A study of thyroid cancer published in 2017 added fresh fuel to suspicions of a coverup about the effects of radiation from Three Mile Island. David Goldenberg, a surgeon and researcher at the Penn State College of Medicine, found thyroid cancer in 44 people who had lived in the area of the plant at the time of the accident. He was careful to point out that his work did not show that releases from the plant caused the illnesses, only that there was a “possible correlation.” Nevertheless, some residents viewed the findings as a further indication that they had not been told the truth about the consequences of the accident.

Although the Three Mile Island meltdown occurred forty years ago, the controversy over its effects endures. 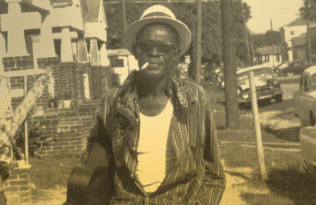