By Lawrence Kramer, author of The Hum of the World: A Philosophy of Listening

If you had been taking a walk and when you came back I asked you what you had seen, the question would count as ordinary. It would be an expression of friendly interest. Unless your walk had been very boring, you would probably have no trouble answering. But if I had asked you what you had heard, the question would seem strange. You would probably wonder why I was asking. And unless your walk was interrupted by some unpleasant noise or commotion, you might not know what to say. “What do you hear?” is usually a question about gossip or word of mouth, not about the results of listening to the auditory environment. “What did you see?” is a question about acquiring knowledge.

My book The Hum of the World aims to undo this imbalance. It seeks to lay the groundwork for a habit of perception in which the question “What did you hear?” is perfectly normal. The book asks what would happen if we heard the world as attentively as we see it. And its answer, in a word, is that the world would be different—to our benefit.

The need for this rebalancing act stems from an age-old association between seeing and knowing. Both Plato and Aristotle affirmed that sight was supreme among the senses, and Aristotle introduced a hierarchy of the senses in which sight claimed first place and hearing second. This order has persisted ever since, though not without challenges and interruptions. Especially since the European Enlightenment, which grounded its ideal of knowledge in tables, charts, diagrams, and catalogs, seeing has been the default model of knowing. Darwin even gave the primacy of sight evolutionary credentials, arguing that sight assumed its high place literally, as human beings evolved, assumed an upright posture, and took their noses off the ground. Vision, moreover, requires a certain distance, which can be extended from physical to social space. The highest power comes with the best view.

But knowledge comes as much though the ear as through the eye. The point in saying so is neither to reverse the first and second place in the hierarchy of the senses nor to create parity between the two “theoretical” senses, but to do away with the idea of hierarchy altogether. This idea is to blame for fostering the relative neglect of hearing in our pursuit of understanding. The history of that neglect means that it is not easy to give hearing its due and extend the sphere of listening. But there is also a counter-history that suggests ways to do precisely that. One aim of The Hum of the World is to allow that often muffled history to be heard. 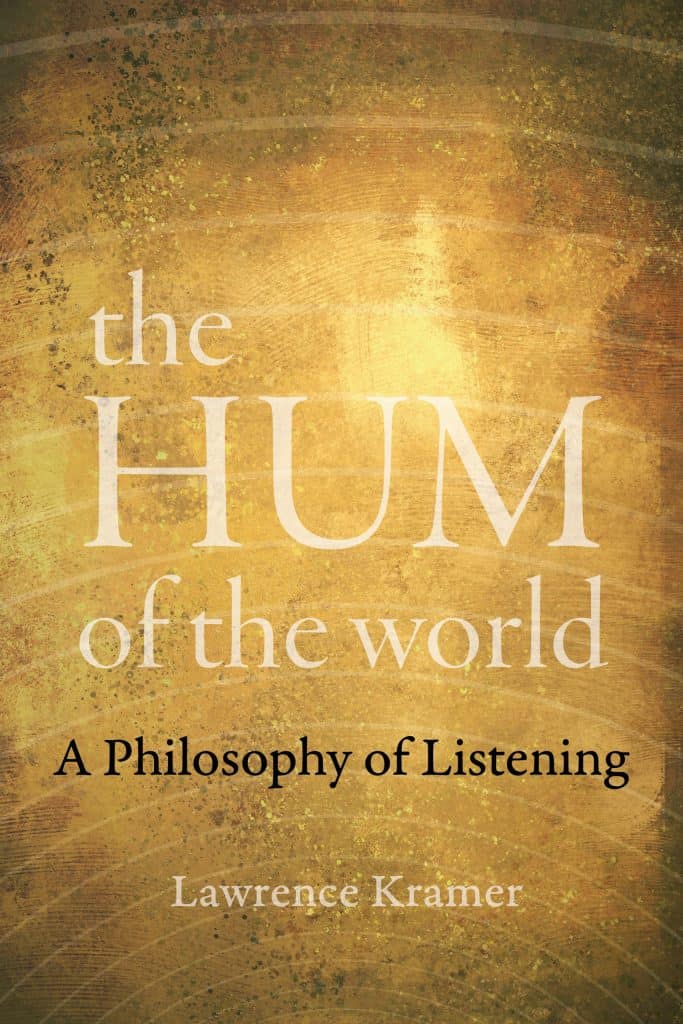 It might do so, for example, on a walk. In 1843 Henry David Thoreau published “A Winter Walk,” an essay that seems to answer the very question—”What did you hear?—that I imagined asking instead of “What did you see?” Thoreau actually answers both questions, but in a revealing order. Hearing tends to come first, setting the conditions for seeing. What is heard gives in advance the meaning of what is seen, or, more strongly, supplies the transcendental element that the particulars of sight alone could not provide. The essay begins with sound: “The wind has gently murmured through the blinds, or puffed with feathery softness against the windows, and occasionally sighed like a summer zephyr lifting the leaves along, the livelong night. . . . The floor creaks under our feet as we move toward the window to look abroad.” As Thoreau passes through the winter soundscape, the soundscape translates into the landscape, always with the intimation of a vital, sustaining undertone pervading the whole—in other words, the hum of the world:

“The thin and frosty air conveys only the finer particles of sound to our ears, with short and sweet vibrations, as the waves subside soonest on the purest and lightest liquids, in which gross substances sink to the bottom. They come clear and bell-like, and from a greater distance in the horizon, as if there were fewer impediments than in summer to make them faint and ragged. The ground is sonorous, like seasoned wood, and even the ordinary rural sounds are melodious, and the jingling of the ice on the trees is sweet and liquid. . . . The withdrawn and tense sky seems groined like the aisles of a cathedral, and the polished air sparkles as if there were crystals of ice floating in it.”

The sounds from afar resonate with sounds more near and set up the conditions for the visible scene to pass into the distance along the aisles of an imaginary cathedral. Thoreau is best known, of course, as a free thinker and nonconformist, but perhaps his favorite way of presenting himself is as someone whose path to knowledge always leads through sound. It’s not a bad model to follow.

Upcoming events with Lawrence Kramer include:

Announcing Resonance: The Journal of Sound and Culture
Celebrating Poetry from Around the World and Across Time 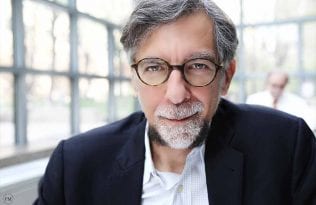 The Truth in Sound