When Vietnam 1946: How the War Began was launched with a lunch and press conference in Hanoi on 30 November 2009, many veterans and Vietnamese historians raised objections to my claim that something had gone wrong with Vietnamese top level decision-making on 19 December 1946. While I say this was the worst possible time to attack the French, since the peace-loving Léon Blum had just taken over as French prime minister, and decided to send his Minister of Overseas France on a peace mission to Hanoi, my opponents claim – in support of General Vo Nguyen Giap, who was in charge in Hanoi on that fateful day – that it was impossible to delay the attack any further. War was unavoidable. My critics also maintain that all the Vietnamese decision-makers agreed that day.

Why then, did not President Ho Chi Minh personally sign his famous appeal? Why was it only broadcast with considerable delay? And why did not all Vietnamese forces attack at the same time, as had been planned? The reason, I was told, is that there was technical trouble with the radio, moreover it was perfectly normal for others to sign Ho Chi Minh’s texts before they were sent to the radio station for being read out by an announcer. Well. I’d like to see the archival evidence before accepting these arguments, but the archives of the Vietnamese Communist Party remain closed. Anything that may show internal disagreement on the Vietnamese side remains taboo in Vietnam. And this prevents Vietnamese historians from undertaking scientific research on their own history. The true research and most interesting writing of Vietnam’s national history is left to foreigners and Vietnamese in exile. Isn’t this a problem? I asked at the press conference.

To my pleasure the need to provide access to historical sources in Vietnam has been taken up afterwards by several Vietnamese commentators. Many of them claim that I’m wrong in some of what I say about Vietnamese decision-making at the time, but they agree that the best way of providing for a correct understanding is to open access to the original documents – to the extent that they have survived. As long as my Vietnamese critics cannot back up their arguments with references to sources, I will stick to my hypotheses and conclusions. If they prove me wrong, I will be more than happy to change my mind. 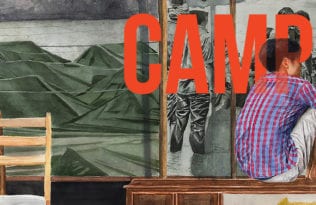