This guest post is published in conjunction with this week’s annual meeting of the American Historical Association in Chicago. Share using #AHA19.

By Alexander S. Dawson, author of The Peyote Effect: From the Inquisition to the War on Drugs 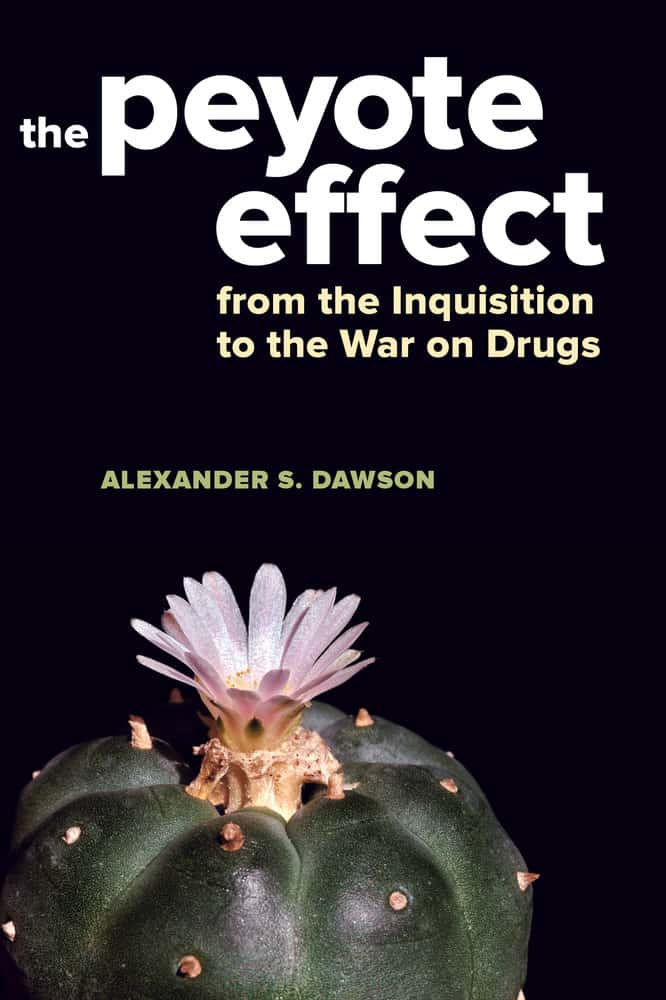 Loyalties begin with a sense of belonging, a sense of who is on the inside and who is on the outside. I suppose that historians almost invariably interrogate notions of loyalty as we imagine our historical subjects; how they experienced their connections and obligations, and how this in turned shaped the worlds around them. This has certainly been a theme of my own work. I have long been interested in how categories of belonging are made in Mexico, how one becomes indigenous, white, mestizo, Mexican.

Mexicans have also long claimed that their particular version of national belonging is quite different from what we find in the United States. Mexicanidad is said to be less racist, less essentialist than the nationalism of their northern neighbors. Nationalist narratives here often highlight the fact that Mexicans are less interested in confining indigenous peoples to reservations, and more committed to ensuring that all Mexicans, whatever their background, enjoy opportunities to cultivate the loyalties that come with citizenship.

It was with this assumption that I began my new book, The Peyote Effect: From the Inquisition to the War on Drugs. I wanted to explore how “Indian” meant different things to Mexicans and North Americans. To be sure, I began the project with the same posture that most Mexicanists take when we write about the United States: a commitment to countering North American chauvinism with the claim that Mexicans see cultural difference and fluid boundaries where North Americans see racial difference and impermeable distinctions. I chose peyote as the means of telling this story in part because peyote itself has long and distinct histories on both sides of the border, and in part because of a story I read very early in on the research. I had found an essay presented by North American Anthropologist Vincent Petrullo at the Primer Congreso Indigenista Interamericano, in Pátzcuaro Mexico (1940), in which he wrote that North American peyotism originated with Native Americans who took refuge in Chihuahua during the US-Indian wars, where they learned about peyote from Tarahumara elders. Peyote, it seemed, had literally crossed the border, even as its meanings had not.

In the end, it turned out that this legend was not exactly true (sadly, this is often the case with the best stories). Over time it also became clear that I needed to reconsider the entire set of assumptions with which I began the book. Where I expected to find a Mexican story and a North American story, I instead found a jumble of different stories in which the distinctions between the U.S. and Mexico seemed less important that the ways that peyote had long served to mark the boundary between indigeneity and whiteness in both countries.

And this returns me to belonging. As I worked my way through mountains of evidence on both sides of the border, I found plenty of data that illuminated how peyote has been a part of processes that produced a sense of belonging and loyalty within indigenous communities in the U.S. and Mexico, but I also found other, and equally fascinating stories of non-indigenous subjects who sought to reshape their worlds and links to others through the embrace of what we could loosely call peyotism. This included the mulattos, mestizos, and Spaniards whose interest in peyote raised the ire of the Spanish Inquisition, scientists, psychiatrists and other explorers who saw peyote as a tool to explore and perhaps heal the human mind, and generations of boundary crossers who saw in peyote and indigeneity an antidote to the spiritual malaise produced by life in the industrial West. Scholars have never been particularly good at understanding these folks, and often fall into the trap of describing them as charlatans, or phonies (lately, appropriators), largely because while we have long been able to make sense of indigenous boundary crossers, as a whole we tend to distrust western subjects who claim to adopt a non-Western subjectivity. It is a conceit born of the belief that modernity is inescapable, and that the modern subject is so deeply immersed in that particular form of subjectivity that they can never fully reject it. The best they can be is tourists in the worlds of others.

I finished this book increasingly unsure about this particular claim. I was instead convinced that peyote has long played a role in policing the boundary between the West and the Other in both Mexico and the United States. Peyote tells the story not only of how indigenous peoples are relegated to nature, but of how non-indigenous people are forced to remain within the modern, scientific, capitalist West (culture). It is a distinction that lies at the heart of the logic that assumes that nature is distinct from culture, and exists to be dominated and exploited by the latter.