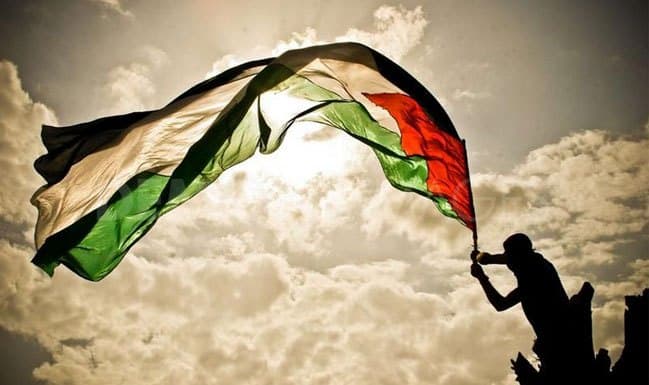 2018 has been a pivotal year during which we witnessed critical developments in Palestine. From the ongoing siege and assaults on Gaza to the Trump administration’s moving of the U.S. Embassy to Jerusalem, to the closure of the PLO mission in Washington D.C. to Israel’s brutal killing and maiming of protesters at the Great March of Return, the events of this year will surely reverberate for years to come.

As these and other events unfolded, the Journal of Palestine Studies (JPS) remained committed to providing our readers with fact-based research and incisive analysis. Though this virtual issue by no means captures the breadth and scope of research featured in JPS, it highlights some of the most-read contributions from this year.

The first article, “Taking the Land Without the People: The 1967 Story as Told by the Law” by Noura Erekat, takes an interdisciplinary approach to show how power inequities stack the deck against Palestinians in the realm of international politics and law, thereby enabling Israel to occupy more Palestinian territory. While many think of international law as an even playing field, Erekat’s in-depth analysis shows how “the elision of Palestinian peoplehood remains central to the ongoing conflict as well as to Israel’s settler-colonial mechanisms of dispossession, removal, and concentration of the native population.” It is from the sheer manipulation of the norms of international law and “the fiction of Palestinian nonexistence that Israel has been able to construct a legal argument denying the de jure occupation of the West Bank and the Gaza Strip,” largely facilitated through the support of the United States in bodies like the United Nations. Erekat’s article is a must-read in order to understand the mechanisms that allow Israel’s territorial expansion.

C. Heike Schotten’s innovative article, “To Exist is to Resist: Palestine and the Question of Queer Theory,” first defines and outlines queer theory as a critical project. The author notes that queer theory not only involves critical analysis, but also “is about desystemization, anti-definition, and opposition to normalization,” often in contexts of power and resistance. Putting the work of Edward Said in conversation with queer theory, Schotten locates similar shared modes of resistance and liberation for Palestine through the lens of queer theory.

“Reframing Public Health in Wartime: From the Biomedical Model to the ‘Wounds Inside’” by Rita Giacaman follows the research conducted by Birzeit University’s Institute of Community and Public Health, which observes the health of Palestinians living under Israeli occupation. While the article discusses some of the health problems experienced by Palestinians, it also “touches on the ways in which institution building and research production are linked to the capacity of Palestinians to endure and resist violation in the struggle for justice.”

Finally, Mosche Machover’s essay, “An Immoral Dilemma: The Trap of Zionist Propaganda,” deconstructs the Zionist claim that all Jews represent a unified national entity and that Israel exists as their sole nation-state. Machover argues that Judaism as a religion cannot be repurposed or redefined as a modern nation-state, since religion is “not an attribute of a nationhood in any modern sense of the word.” He argues that “the Zionist claim that all the world’s Jews constitute a single distinct national entity is an ideological myth” created in response to discrimination and anti-Semitism. Machover ultimately determines that Zionism “has been fueled by an inverted form of anti-Semitism” that claims “Israel acts on behalf of all Jews everywhere.” This is clearly a disproven assertion, as Machover identifies the “ideological tangle” and anti-Semitic position at work, wherein if Israel is representative of all Jews in the world, they are then held collectively responsible for the actions of Israel. Machover’s analysis represents an important step towards dismantling the damaging myth that Zionism and Judaism are one and the same.

Save 20% on Subscriptions to the Journal of Palestine Studies 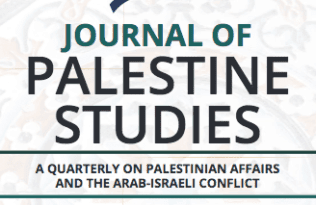