By Angie Heo, author of The Political Lives of Saints: Christian-Muslim Mediation in Egypt 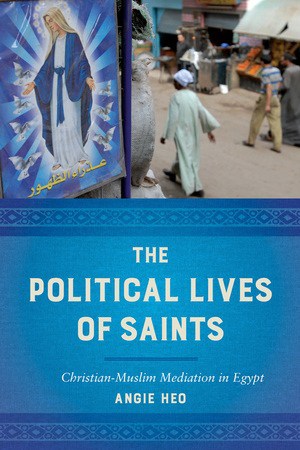 On November 2, ISIS militants ambushed a bus of Coptic Christians leaving the Monastery of St. Samuel in rural Minya, a province in Upper Egypt. The seven dead joined the over one-hundred Coptic victims who have died from ISIS shootings, bombings, and beheadings since 2015. In the wake of the Arab Spring in 2011, the military coup of 2013 and the rise of ISIS in 2014 have together delivered a huge blow to prospects of democracy and stability in Egypt. Regularly making the headlines, the continuing climb in Coptic murders reignites international concern over the status of the largest religious minority in the Arab Muslim world. Moreover, the unprecedented nature of attacks – suicide-bombings and video-taped executions – prompts the troubling question: Have we entered a new age of violence against Egypt’s Copts?

In the last few years, terrorism has been increasingly invoked to characterize violence against Egypt’s Copts. To be sure, Copts confront new global networks of Islamic militancy that extend far beyond Egypt’s borders and target key symbols of state security and foreign tourism throughout North Africa and the Middle East. Sectarianism, with its inferences to local “home-grown” conflicts, does not quite capture the newness of ISIS’s threat to Christian-Muslim coexistence in Egypt.

Yet, terrorism is a loaded term that also introduces significant blindspots in understanding the Egyptian state’s role in older processes of marginalization.

Well before 2011, Copts had lamented the lack of adequate protection in their churches and villages, even suggesting the Egyptian police’s complicity in incidents of attack. Under both Mubarak and Sisi, the Egyptian state has enforced “reconciliation meetings” between Christians and Muslims, referring Coptic victims to informal channels of negotiation and denying them formal procedures of justice. Structures of division and segregation are deeply entrenched into law and civil society from the nation-state’s origins. Sectarianism is a lens that points to the more systemic, durable arrangements of anti-Christian exclusion in Egyptian state and society. ISIS targets Copts, after all, because they are an already-vulnerable segment of the population.

There is no question that Egypt’s Copts now face a scale and level of atrocities that demand new forms of redress and accountability. Denials of sectarianism isolate the agents and victims of violence from the larger structures of vulnerability that render Copts into targets on an everyday basis. Short-lived invocations of terrorism divert attention away from the greater challenge of eliminating widespread hatred that originates from inside the nation. This is, of course, not a story that is unique to Egypt.

Browse The Political Lives of Saints in the UC Press booths at MESA, AAA, and AAR.