This guest post is published as part of our blog series related to the Middle Eastern Studies Association annual meeting November 14-17 in New Orleans. #MESA2019 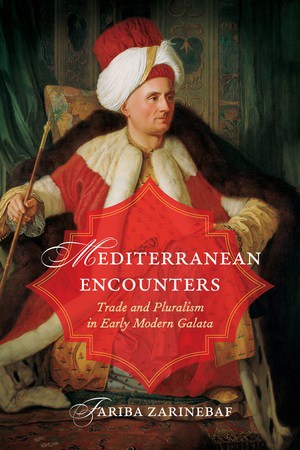 The idea for writing Mediterranean Encounters was born when I lived as a graduate student in a Bohemian neighborhood in Pera in the 1990s. Pera was the museum of the Ottoman Empire’s European enclave and diplomatic hub. It was still possible to live, feel, and sense the traces of this once cosmopolitan port that had witnessed its own share of a glorious past during the Ottoman era well as war and occupation at the end of the empire through its layered urban tissue and architecture and the rich documentary evidence in the archives.

The book places Galata, the former Genoese colony and European port of Istanbul at the heart of global networks of trade between the Black Sea and Mediterranean ports as well as the caravan trade between Asia and Europe in the early modern period.  It also tackles the rich and growing historiography on Mediterranean ports and places the Ottoman Empire and its port of Galata within it.

Tracing the history of Galata to the late medieval period, I emphasize continuity and change after the Ottoman conquest of Istanbul in 1453. I examine legal institutions of trade such as commercial and diplomatic treaties (ahdnames/capitulations) signed between Ottoman rulers, the Italian city-states and European allies and their role in the promotion of international trade and dispute resolution. I argue that the earlier treaties were bilateral and that the Ottoman state practiced a combination of free trade and protectionist polices in promoting both local and international traders.

As a result of these treaties and Ottoman policies in reviving the economy, Galata/Pera emerged as an important commercial as well as diplomatic hub, catering to international as well as domestic trade.

Based on a study of Islamic court records, petitions submitted to the imperial council and imperial orders as well as travelogues, I study the ebb and flow of trade, its impact on the everyday life of the inhabitants of Galata and Ottoman, European encounters in the public spaces of the marketplace, the courts as well as taverns and coffeehouses. I focus on trade between Galata and Marseille and the role of French traders in international as well as domestic trade and as informal bankers. I show that wars, global competition for trade routes and raw materials, as well as unfavorable treaties could undermine economic life, leading to tensions, violence as well as state led policies against foreigners in Galata in the late eighteenth century.

The Normalization of Fatal Police Shootings
“Don’t complain like no little girl”: Experiencing physical abuse in one of Pennsylvania’s renowned juvenile justice facilities 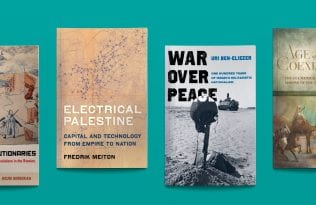