By Dale Chapman, author of The Jazz Bubble: Neoclassical Jazz in Neoliberal Culture 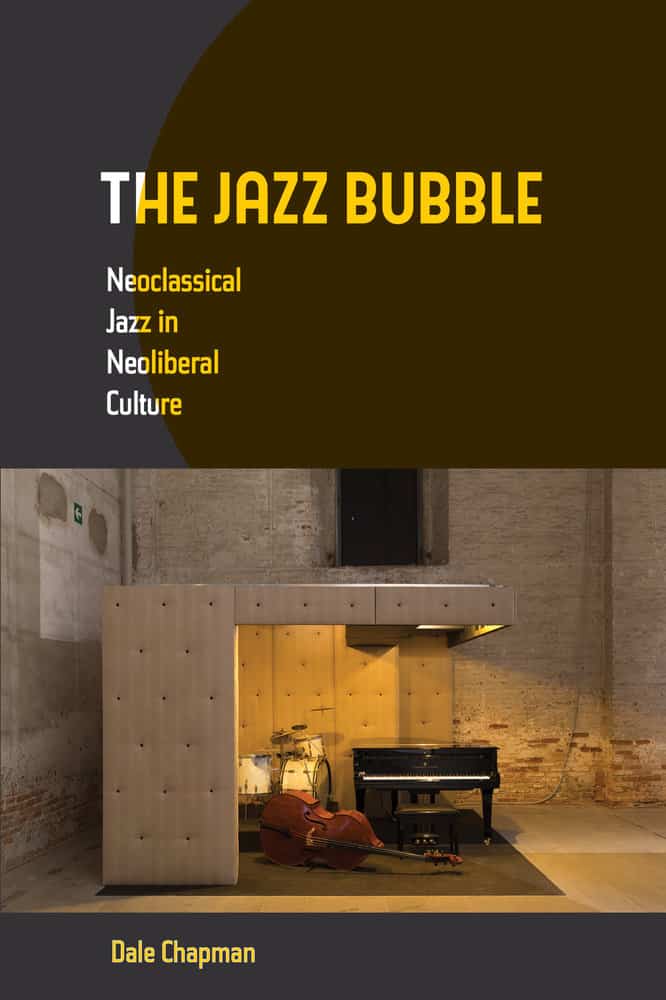 When I started work on The Jazz Bubble: Neoclassical Jazz in Neoliberal Culture, I initially focused on exploring neoliberalism as an ideological construction, on examining how the conception of the neoliberal subject as nimble, flexible, and entrepreneurial dovetailed with contemporary ideas about jazz in our corporate and official discourses. As I got more into the project, though, it became clear that the contemporary jazz world was more directly and materially implicated in aspects of neoliberal institutions than I had previously suspected: whether the context was the enlistment of jazz themes in urban redevelopment projects, or that of record company jazz subsidiaries navigating the impact of mergers and acquisitions in media conglomerates, there were a whole host of situations in which the idea of jazz was celebrated, mobilized, or otherwise channeled through the global financial markets.

Increasingly, the idea of jazz is being put to work as a cultural asset, a powerful tool for attracting investment. We see this for instance with the emergence of the social impact bond as a new-ish kind of financial instrument, where an institution’s success in meeting metrics of social improvement determines return on investment; social impact bonds played a key role, for example, in Goldman Sachs’ financing of the construction of the New Orleans Jazz Market in the Crescent City. In a variety of local contexts, the idea of jazz as a signifier of urban vibrancy has become a favorite tool through which semi-autonomous community redevelopment agencies seek to catalyze global investors: for instance, the San Francisco Redevelopment Agency’s recent project in the Western Addition, which linked a San Francisco chapter of the esteemed Yoshi’s jazz club to a mixed-use development, presented itself variously as an investment opportunity, and also as the SFRA’s effort to atone for the destruction wrought by midcentury urban renewal in the Fillmore district.

Ten years on, the aftermath of the 2008 financial crisis may have primed us to notice the ubiquity of financialization in American public life, to sense how its various iterations pop up in the most unexpected places. The various efforts of corporate, governmental, and nonprofit institutions to link the cultural capital of jazz to urban development – and, by extension, to global financial markets – serve as a sobering reminder of the degree to which publicly beloved cultural institutions have been repurposed to fit the priorities of twenty-first century capital.

Trapped in Uberland
10 Facts About U.S. Protests in History