By Rubén Funkahuatl Guevara, author of Confessions of a Radical Chicano Doo-Wop Singer 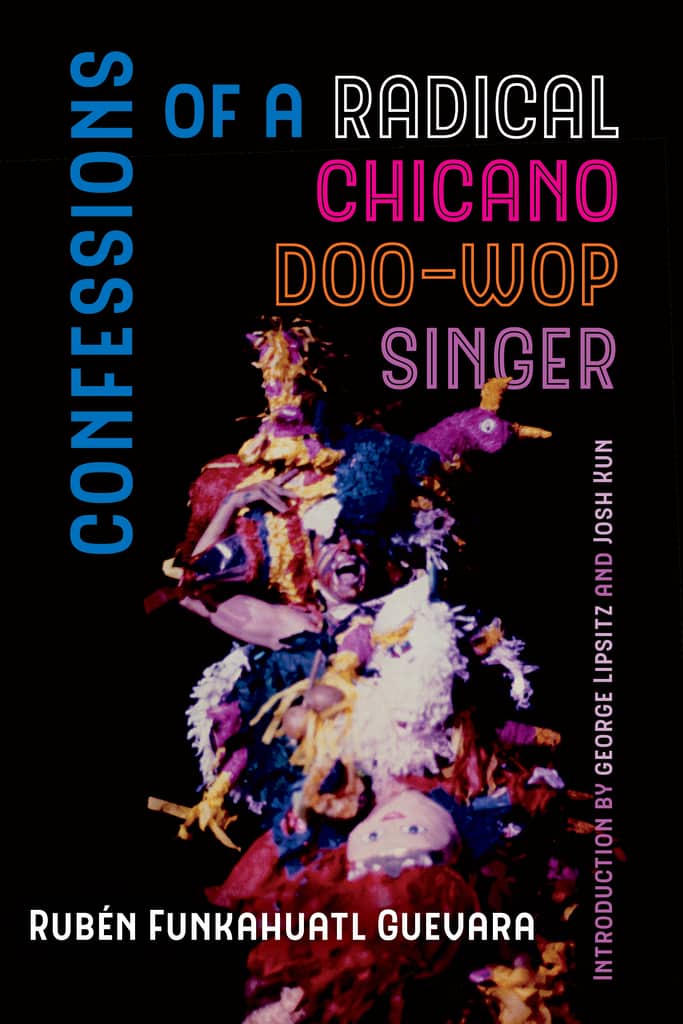 For the past seven years I’ve been fortunate to have been asked to write and read a haiku poem as part of the unique Los Angeles festival/ceremony/ritual, FandangObon. The festival, directed by Dan Kwong, originated in 2012 as a cross cultural collaboration between performer and community activist Nobuko Miyamoto and her performance ensemble Great Leap, the Chicano fusion/activist band Quetzal, and the Nigerian Talking Drum Ensemble as a way to bridge the Mexican, Japanese, Muslim, and African American communities of Los Angeles through traditional music and dance.

Fandango is a musical tradition from Veracruz, Mexico, with the musical form of son jarocho playing a central role in the all-night ceremony/ritual based on community solidarity. The music is a blend of African rhythms and Mexican indigenous instruments with songs sung in Spanish. “La Bamba” is a perfect example of that fusion. Obon is a Japanese tradition honoring ancestors, similar to the Mexican observation of Día de Los Muertos or Day of the Dead.

On October 7, 2018, at the Japanese American Cultural and Community Center in Little Tokyo, thunderous Japanese taiko drums opened the event calling all ancestors while a group of giant walking tree puppets (honoring Trees of Life) strolled into Noguchi Plaza. This was followed by a procession honoring community women elders while a traditional fandango tune, “La Semillas” (the seeds) was performed by the members of Quetzal, followed by a riveting Guinean harvest dance by the African dance troupe, Le Ballet Dembaya. The diverse audience of about 300, was then asked to join in a circle dance “Mottainai” (Japanese for “it’s a shame to waste”) performed by a multicultural group of singers dressed in traditional Japanese kimonos, led by Nobuko, and accompanied by taiko drummers and Mexican jarana guitars while the audience danced around the stage that was set in the center of the plaza. The audience kept dancing to “I Dream a Garden” with taiko, jarana guitars and African drummers keeping the pulse and spirit alive. “La Bamba” was next and got whoever was sitting, up on their feet and dancing. Then Nobuko’s son, Kamau Ayubbi and his daughter Asiyah Ayubbi, both of African and Japanese descent, as well as devout Muslims, led the audience in two mesmerizing circle dances based on the Muslim tradition of Sufism. The audience spun in a whirling pattern representing an orbit around the throne of Love, the heart, followed by “hadra” “Presence,” bringing the body, mind, spirit, and community together for an ecstatic experience of the real Self.

Closing the event, combining musical forms from Fandango and Obon along with African drummers and dancers, was “Bambutsu”, meaning: “Ten thousand things, all connected”, a Buddhist concept of the interconnectedness of the universe, the coming together of communities, sharing the beauty of our cultures and feeling the joy of our connection to each other and the Earth. A fitting finale transcending race and ethnicity revealing the real Los Angeles, the real America.