By Rosina Lozano, author of An American Language: The History of Spanish in the United States 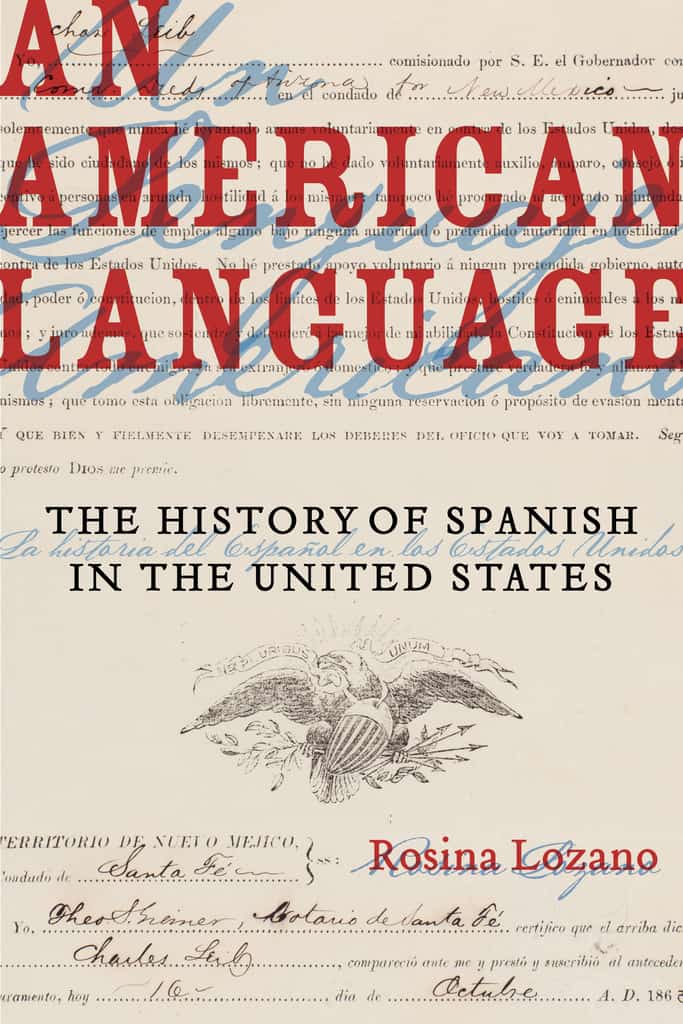 When Jorge Ramos interviewed me for Al Punto, I practiced my Spanish for days in advance yet still felt relieved when I arrived and he decided to do the taping in English.

The experience reminded me how much I identify with today’s immigrants and with the former Mexican citizens who in 1848 became a part of a larger English-speaking nation under the terms of the Treaty of Guadalupe Hidalgo.

As I give book talks, I’m repeatedly reminded that my experience with language is not exceptional. Bilingual professors, community activists, immigrants, and students have all told me that they never fully feel like themselves when speaking their less dominant language—regardless of how fluent they are. I had so admired many of these people for their apparently effortless bilingualism, only to learn how hard it was for them to fully express themselves.

The term “bilingual” is inadequate for describing different ability levels. Does “bilingual” mean that a person can be themselves with equal confidence in both languages? That is an extremely high bar that few people can clear.

I found a spectrum of bilingualism while doing research in the Vallejo Family Papers at UC Berkeley’s Bancroft Library. María Vallejo (1857–1932) could translate business documents from Spanish into English, but could not write to her parents in Spanish in the way that her heart dictated. Her father, Mariano Guadalupe Vallejo (1807–1890), was widely described as a confident speaker in English, but his letters reveal his constant discomfort en ingles.

I’m often asked why a book like An American Language was not written sooner. It’s a tough question. The truth is that the history of Spanish in the United States was never hidden. It was always there in state session laws, state constitutions, and numerous political party documents.

In thinking about the individuals who lived through the transition from a Spanish-speaking country to an English-speaking one, I considered how I would feel if I were suddenly asked to do my job in Spanish. While I’m a granddaughter and friend in Spanish and an avid fan of Spanish-language TV, radio, books, and movies, I simply would not be the same professor in Spanish. I could do it, but even with practice I would not bring the same confidence to the position.

I keep that reality in mind in the archives and whenever I meet someone whose first language is not English. Many are quick to judge people whose speech or writing contains grammatical errors or is heavily accented, or who need a moment to find the right words and phrases. These are all things that come naturally in one’s dominant language.

So it makes sense why those who were fully bilingual, like J. Francisco Chaves (1833-1904) in New Mexico, were revered and respected for their skills. His contemporaries counted on him and other linguistically gifted intermediaries to ensure that monolingual Spanish speakers could participate in the U.S. political process.

And it is truly remarkable that Spanish-speaking leaders of the mid-nineteenth century were willing to stand up and risk many such errors in order to ensure that Spanish would remain a part of the U.S. political system.

Note: Examples used in this blog post can be found in chapter 3 of An American Language: The History of Spanish in the United States.

Reimagining Resegregation in the West
Contract Labor and Lab Animal Care: Who Profits? Who Suffers?