#WesternHistory scholars are gathering in San Antonio this week for the Western History Association’s annual conference. Whether or not you are in attendance, we invite you to sample the following selection of content from our history journals for free for a limited time. #WHA2018

Richards’s “‘Farewell to America’: The Expatriation Politics of Overland Migration, 1841-1846” is the recipient of the Michael P. Malone Award, which honors the best article, essay, or commentary on state, provincial, or territorial history in North America appearing in a periodical publication.

Loza’s “The Japanese Agricultural Worker’s Program: Race, Labor and Cold War Diplomacy in the Fields, 1956-1965,” is the recipient of the Vicki L. Ruiz Award, recognizes the best article on race in the North American West.

In celebration, PHR is making both articles free to read without a subscription for a limited time.

And while you are perusing PHR‘s award-winning articles, you may also be interested in Naoko Wake’s “Surviving the Bomb in America: Silent Memories and the Rise of Cross-national Identity,” which was honored with the 2018 Oral History Association’s Article Award at last week’s #OHA2018 conference. 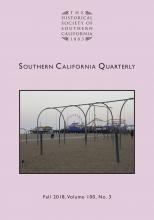 This year, Southern California Quarterly, the official publication of the Southern California Historical Society, is celebrating more than 100 years of publication. The journal, whose first issue dates to 1884, is currently in its 100th volume. SCQ editor Merry Ovnick, who has helmed the journal for the last 14 years, sat down with the editors of fellow UC Press journal, Boom California, for a conversation about SCQ and her editorship, including a discussion of some of the most notable articles published during her tenure. Read the interview online in Boom California and be sure to peruse the notable article listing at the end. We are pleased to make this sampling of some of the most distinguished articles recently published in SCQ free to read without a subscription for a limited time. 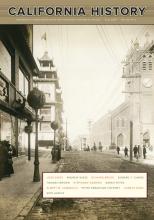 California History‘s current issue looks at questions of preservation. Andrew Wiese, Professor and Chair of the History Department at San Diego State University, details how the Friends of Rose Canyon waged a long and successful campaign between 2000 and 2018 to prevent construction of a bridge in the Rose Canyon Open Space Park in San Diego. Richard Brock, Instructor of Law at the University of California at Riverside Extension, reveals how Modesta Avila fought against the railroad over the destiny of a patch of land in San Juan Capistrano, arguing that Avila’s story is far more complex and elusive than historians have generally recognized. UCR Ethnic Studies Professor Edward T. Chang, and historical preservationist, Hannah Brown, recreate the early days of Riverside’s Pachappa Camp, the first Koreatown on the U.S. mainland. We invite you to read these articles from the current issue for free for a limited time.

Mexican Studies/Estudios Mexicanos invites you to read the following selection of top-read articles that deal with questions of western history:

“In the Name of Civilization and with a Bible in Their Hands:” Religion and the 1846–48 Mexican-American War
Peter Guardino

This post is published as part of our blog series related to the Western History Association conference from November 17-20 in San Antonio. #WHA2018 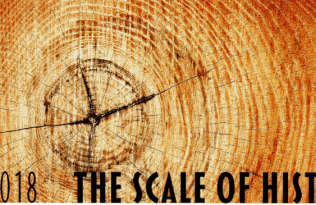