By Alex Schafran, author of The Road to Resegregation: Northern California and the Failure of Politics 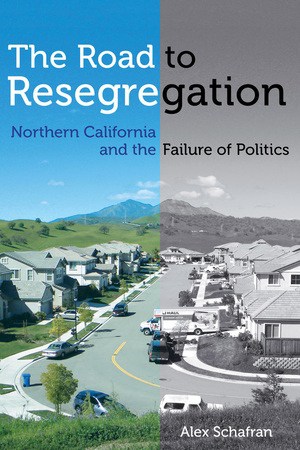 Re-Imagining Race and Ethnicity in the West, this year’s WHA theme, is an invitation to think about how race and ethnicity manifest themselves in the places we call home, especially through the phenomenon of segregation. Segregation is a particularly important challenge in the contemporary West, where the geography of race, class and ethnicity is in flux. While the West has never conformed to the black/white imaginary that dominates understandings of segregation emerging from the rest of the country, forces like gentrification, economic change, immigration and suburbanization have rewritten the racial and ethnic map of virtually every major metropolis west of the Mississippi.

One question that arises from the study of contemporary geographies of race and class is whether or not the new map is still segregated. If we understand segregation exclusively through the lens of ghettoization, where communities of color are trapped in underinvested and often stigmatized communities in the urban core, perhaps massively diverse suburbs are a sign that the era of segregation is over.

In my new book, The Road to Resegregation: Northern California and the Failure of Politics, I argue that the new map of places like the San Francisco Bay Area must be considered a form of segregation. Communities of color may no longer be primarily trapped by in a handful of neighborhoods, but the vast and diverse communities which they now call home are more likely to be marked by foreclosure, fiscal stress, brutally long commutes and other contemporary ills than increasingly exclusive, older and white suburbs closer to the center.

Resegregation thus can be considered more as a new form of segregation, rather than a return to the past. This is particularly important in the West, where post-war segregation was very different depending on the specific place and the communities involved. Yet no matter where we come from, new lines spread over a much larger map continue to divide communities in new and important ways.

Visit UC Press at WHA and Save 40% on Our Western History Titles
Spanish, English, and a Spectrum of Bilingualism