In his original post on the anniversary of the death of Óscar Romero, Matt Eisenbrandt referred to Romero’s eventual canonization as “a historic moment for [El Salvador] and a validation of his courageous and unflinching message.” Yesterday morning, Romero’s sainthood became reality during a canonization ceremony in Rome which occurred in conjunction with special Masses in Los Angeles and other parts of the country. Read on below to learn more about Romero’s history of social justice and political activism that was greatly appreciated by the people of El Salvador.

This post was originally published in March 2017 in conjunction with the anniversary of Óscar Romero’s assassination. 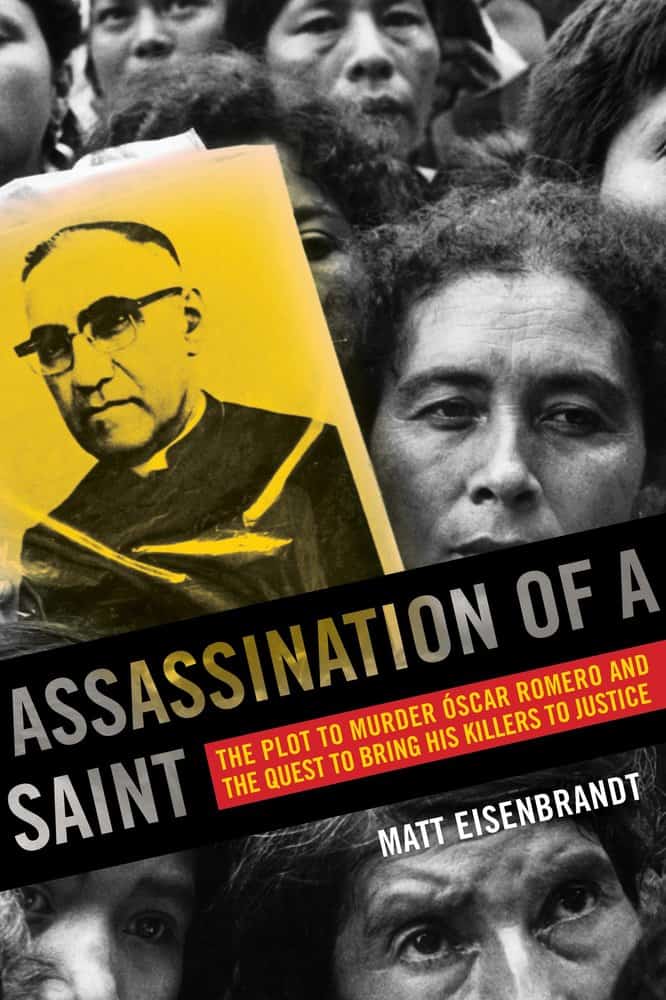 Thirty-seven years ago today, a gunman fired a single bullet that took Archbishop Óscar Romero’s life as he said mass inside a small chapel. We just observed the fortieth anniversary of another notorious crime from that era, the murder of Romero’s friend, Rutilio Grande. The 1977 ambush of Father Grande began a string of death-squad attacks on priests and other religious figures in El Salvador, a bloody campaign that lasted more than a decade. The diabolical logic of the killers was summarized in the slogan, “Be a patriot, kill a priest.”

Despite years of slander in some sectors, legacies of Romero and Grande are now being honored. Pope Francis is likely to name Romero a saint of the Catholic Church by the end of the 2017. Religious leaders in El Salvador recently sent the Vatican evidence of a miracle they believe is attributable to Romero’s intercession, the last requirement on the road to sainthood. Rutilio Grande is now being considered for beatification as a martyr, the same hurdle that Romero’s cause cleared in 2015.

My new book, Assassination of a Saint: The Plot to Murder Óscar Romero and the Quest to Bring His Killers to Justice, examines the people who executed Romero and how they did so. Equally important, however, the book explains why the conspirators felt the almost incomprehensible need to target priests, nuns, and lay people who were merely practicing their faith. The answer to that question is found in part in Romero’s own homilies. Despite the danger, Romero regularly criticized the repressive power structure in El Salvador, including the small group of wealthy landowners and businesspeople whose interests were protected by a succession of military governments. Romero referred to them as people “who pile up spoils and plunder in their palaces, who crush the poor, who bring on a reign of violence while reclining on beds of ivory.” Organizations that represented their interests responded by defaming Romero and others, branding them as Communists and traitors. One tabloid, in a 1970s version of fake news, carried the headline “Monseñor Romero Directs Terrorist Group,” with the subtitle, “Archbishop Great Ally of Agents of Subversion.”

The day before his death, Romero delivered his most forceful sermon, calling on Salvadoran soldiers to disobey the orders of their tyrannical commanders. He instead implored them, in the name of God, to “stop the repression.” Father Bill Wipfler, an Episcopalian priest who attended the mass that day in San Salvador and later testified about it in our trial against one of Romero’s killers, turned to a colleague after hearing Romero’s plea and said, “I don’t think that the military is going to let this one pass by.” A day later, Romero was dead.

Despite the devastating impact of Romero’s murder in 1980, today his memory is a source of hope and inspiration to millions in El Salvador and around the world. His canonization will be a historic moment for the country and a validation of his courageous and unflinching message.