excerpted from The Georgian Feast: The Vibrant Culture and Savory Food of the Republic of Georgia by Darra Goldstein

This October we are celebrating National Cookbook Month by exploring the history of the cookbook genre. Check back each Friday for new recipes. 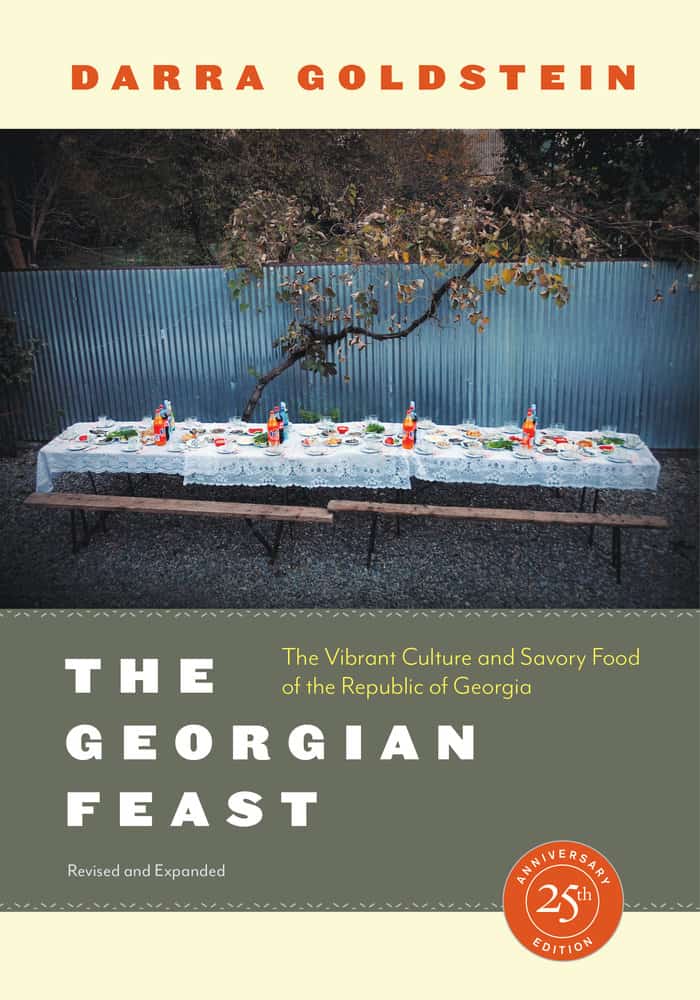 No feast would seem proper without the marvelous cheese bread khachapuri. Khachapuri is found throughout Georgia in many guises—round, rectangular, and boat-shaped. The dough can be yeasty with a thick crust, many-layered and flaky, or tender and cakelike. The bread is usually filled with a fresh, slightly sour cheese like imeruli (Imeretian) or sulguni, but salted cheeses like bryndza may also be used, as long as they are soaked first. The cheese is grated and mixed with eggs to bind, with butter added if it is not creamy enough. The filling is then either completely enclosed in dough or served in an open-faced pie.

If any equivalent to fast food exists in Georgia, it must be khachapuri. Although Georgians are not accustomed to eating out frequently, even the smallest towns have hole-in-the-wall cafés where piping hot khachapuri may be consumed on the spot or taken out. On Tbilisi’s main thoroughfare a line often stretches up steep steps and out into the street from a cellar café specializing in khachapuri. The café is steamy from the heat of massive ovens where hundreds of breads are baked in short order every day. This café, like most, offers khachapuri made with a yeast dough, which provides a substantial meal. For those desiring extra sustenance, the khachapuri may be topped with a cracked egg and returned to the oven until the egg sizzles. My favorite version of this cholesterol-rich khachapuri is the adzharuli khachapuri, or Adzharian cheese bread, found in Batumi on the Black Sea coast and appropriately boat-shaped.

At home, khachapuri is more often made without yeast, with baking soda (a European import) or yogurt used to tenderize the dough. After the cheese filling is enclosed, the bread is often cooked on top of the stove in a cast-iron skillet. Better yet, khachapuri may be baked over an open fire in a clay or stone ketsi, so that the fire imparts a slightly smoky taste to the bread. This first version of khachapuri yields a rich, flaky pastry. 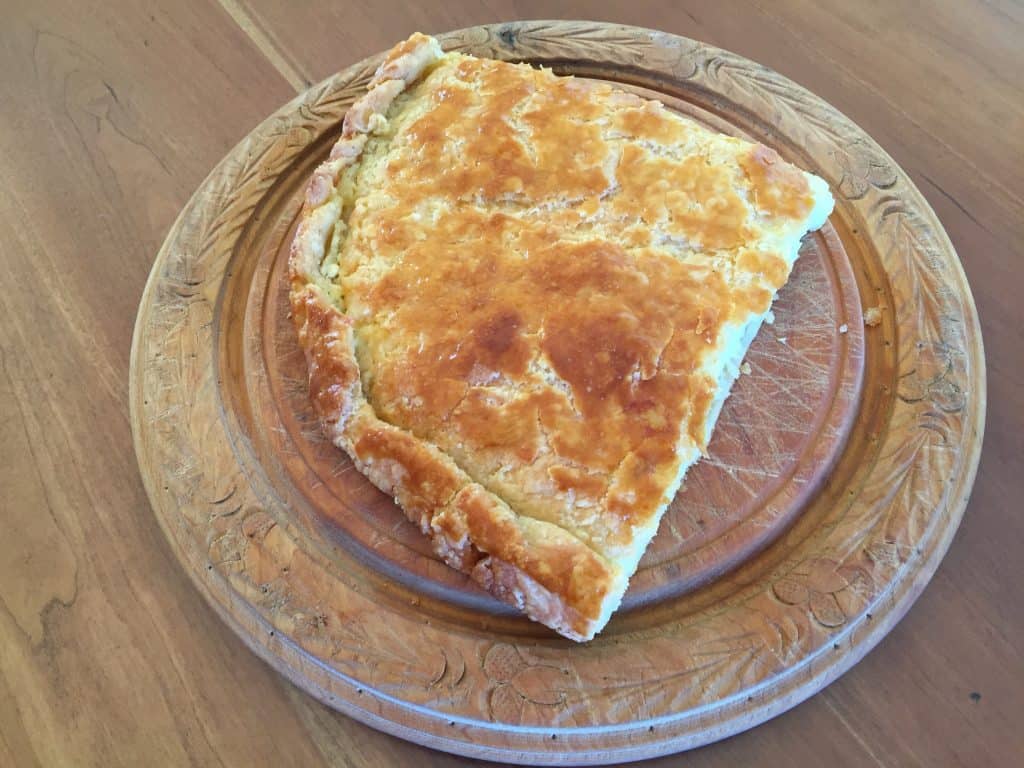 Put the flour and salt in a medium bowl and cut in the butter until the mixture resembles coarse cornmeal. Beat 1 egg and stir in the yogurt, then add to the flour mixture. Form into a ball and chill for 1 hour.

Grate the cheeses coarsely, beat the other egg, and stir it into the cheese. Set aside.

Preheat the oven to 350° f. Grease a large baking sheet. On a floured board roll the dough to a rectangle about 12 × 17 inches. Trim the edges. Spread the cheese mixture on half the dough and then fold the other half over to enclose it, sealing and crimping the edges.

Transfer the bread to the baking sheet and brush with beaten egg yolk. Bake for 50 minutes, or until browned. The bread is best served slightly warm, cut into small squares. 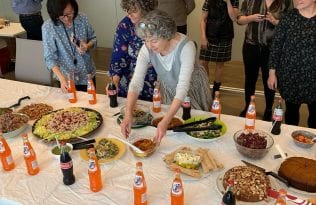