“Protests works—just not, perhaps the way you think,” writes L.A. Kauffman in her new book How to Read a Protest: The Art of Organizing and Resistance. A longtime organizer and movement journalist, Kauffman has been marching alongside thousands of women, survivors, and their allies to stand against the nomination of Judge Brett M. Kavanaugh to the Supreme Court.

Below are highlights from @LAKauffman‘s Twitter feed as she’s been reporting from the streets all week.

This is what you might call a sea of women. This is the #WomensWave.

“We believe Hill, we believe Ford
We won’t take this bullshit any more” — on our way to the Yale Club to say #StopKavanaugh pic.twitter.com/65TWM7MIWf 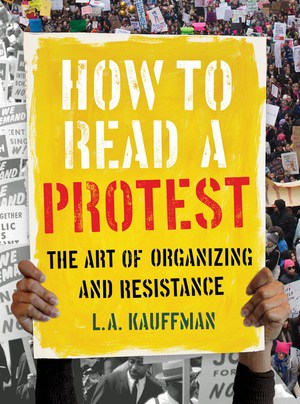 In How to Read a Protest, Kauffman says that since the 2017 Women’s March, women and their allies have been mobilizing in ways we’ve never seen before.

“All around the country,” she writes, “an impressive number of those who marched were galvanized into further action, taking the sense of collective power they felt in the streets and carrying it forward. They showed up for many subsequent protests, both local and national, ensuring that every initiative by the new president was met by loud and visible opposition.”

Kauffman sheds light on the catalytic power of collection action and the decentralized, bottom-up, women-led model for organizing that has transformed what marches look like and what they accomplish.

These are more than marches. They’re movements. 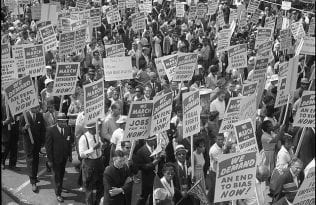 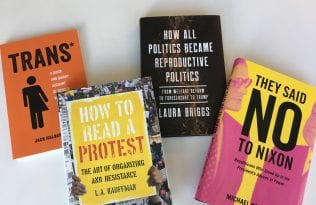