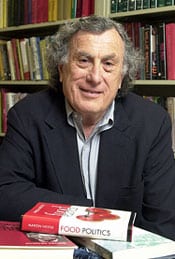 It is with great regret that we share the news that our dear friend and former UC Press Executive Editor Stan Holwitz died on August 29th at the age of 88.

Equal parts mensch and savvy editor, Stan was a mentor to current Acquisitions Editors Naomi Schneider and Reed Malcolm and many other staff members. He was a buoyant, positive figure—a beautiful man beloved for his gentle, avuncular whimsy. When I joined the press, I was lucky enough to begin many days with a visit as he made his morning rounds; those schmoozes with Stan were always enlightening, filled with laughter, advice, and talk of books and ideas—a wonderful way to start the day.

In his 31 years of employment, Stan acquired some of UC Press’s most famous titles, including Europe and the People without History, by Eric Wolf, which has sold more than 100,000 copies; AIDS and Accusation, by Paul Farmer, winner of the MacArthur “genius” award; Seeing Voices, by Oliver Sacks; and Barry Moser’s beautifully illustrated editions of The Divine Comedy, The Wonderful Wizard of Oz, Alice’s Adventures in Wonderland, and Through the Looking-Glass. Read more about Stan’s many contributions to the press in this celebration of him on the UC Press Blog upon his retirement in 2009.

After retiring, Stan never stopped feeding his boundless energy and curiosity. He regularly audited classes at UC Berkeley, doted on his children and grandchildren, shared lunches and laughs with many former authors and former colleagues, and—as always—read widely. Many of us were fortunate to have raised a glass with Stan only a few weeks ago at a UC Press fundraising event.

What does it mean when Yosemite burns?
The Roots, Struggles, and Future of the Labor Force 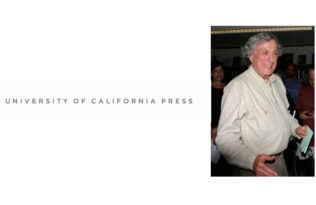