By Ranita Ray, author of The Making of a Teenage Service Class: Poverty and Mobility in an American City

“I am trying to reconcile my vision of activism vis-à-vis the allure of a white and elitist academic game…. I feel I abandoned full-time grass-root organizing for a tenure track job. … If I were braver, I would abandon an institution (I mean institutions of higher education in general), that limits the parameters of change, and go back to full-time activism—citizen or not.”

I began my academic career in the U.S. on a student visa as an immigrant from India. With a high dose of internalized colonization, I set out to learn the ways of the U.S. academia. I embarked on a quest to become an urban ethnographer at a time when sensational accounts of “urban” America seemed sociology’s [not all of sociology’s] favorite child. In the early 2010s, I began spending time in one economically marginalized community in northeastern U.S. I call Port City.

During my three years in Port City, I came to know sixteen brilliant and hardworking Black and brown youth. I set out asking how and why the young people I was spending time with did not resemble the popular stereotypes of Black and brown “urban” America riddled with drugs, gangs, violence, and early parenthood—questions that reflect sociology of poverty’s typical obsession with the marginalized and their “risk” behaviors. Along the way, however, I encountered ways of de-colonized thinking and living (more about that some other time).

Along with two other community members, I co-founded a youth-led organization that fought for ground level changes in the local community. Grass-root activism was empowering. I helped train youth to conduct sociological research to explore what local youth in the community wanted to change—we conducted participatory action research. The organization was envisioned as youth-led, and the more we grew, the more leadership roles the local youth took on. The organization created campaigns and made policy changes at the local level. Since we co-founded the organization, it has grown tremendously and taken on nation-wide significance. 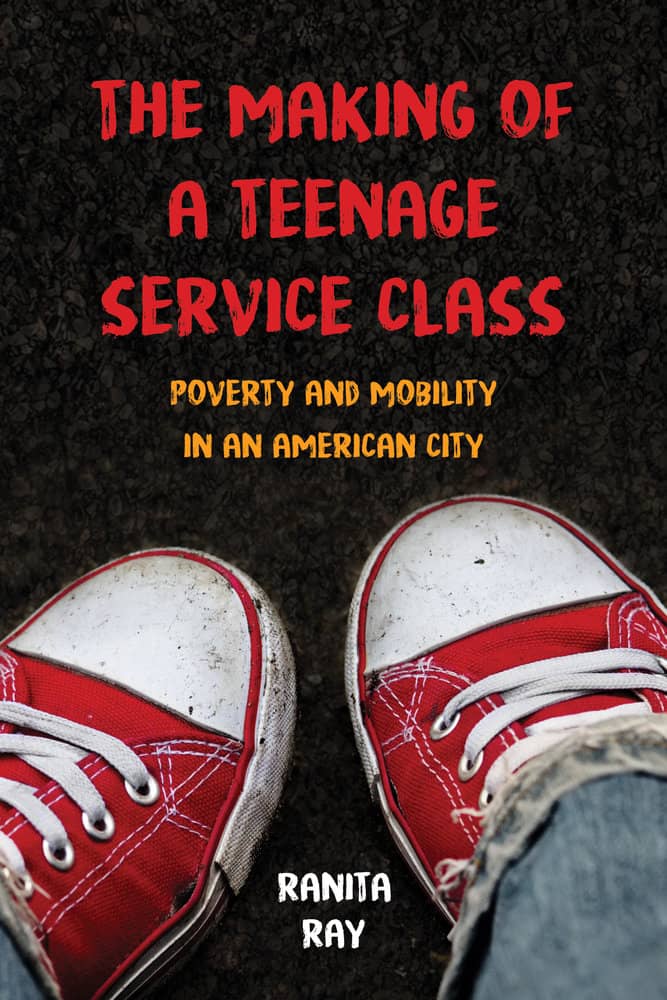 Eventually, abandoning white masculinist sociology, I attempted to write a feminist urban ethnography telling a different story in my new book The Making of a Teenage Service Class: Poverty and Mobility in an American City. While drugs, gangs, teen parenthood and violence in marginalized communities continue to be conceptualized as the key to challenging race and class oppression, I found that this inordinate focus on risk behaviors made life harder for ALL Black and brown youth, and reinforced racial and class hierarchies. As an example, many youth internalized ideas that they were potential problems and burdens on the state joining military over college so they could become “disciplined,” and local institutions and organizations focused on violence and teen pregnancy prevention at the cost of providing resources or changing racist practices and policies.

But, I’ve been struggling.

I am trying to reconcile my vision of activism vis-à-vis the allure of a white and elitist academic game. While in graduate school, I worked with the organization, sometimes at the cost of writing for journals, but since then, bluntly put, I feel I abandoned full-time grass-root organizing for a tenure track job. Full time activism was impossible on a student visa. My immigration status has since changed, but so has the political climate and I am still not a citizen. While I still do what I can for the organization, if I were braver, I would abandon an institution (I mean institutions of higher education in general), that limits the parameters of change, and go back to full-time activism—citizen or not.

Might a book still be activism? Maybe if the The Making of Teenage Service Class can challenge sociologists of poverty to reflect on what it means to construct Black and brown youth as “at risk” while ignoring the socio-historical processes through which ubiquitous social problems are constructed. Maybe if it can get non-profit workers, organizers, and policy makers to consider altering white-supremacist capitalistic institutions instead of behaviors of the oppressed, and investing resources in supporting youth instead of policing them. And, maybe if it can offer students a different take on “urban” America.

I’m still struggling. Only now I feel a lot less alone, as I mentor Black and brown students at non-elite institutions to help pave a path for more feminist urban ethnographies.